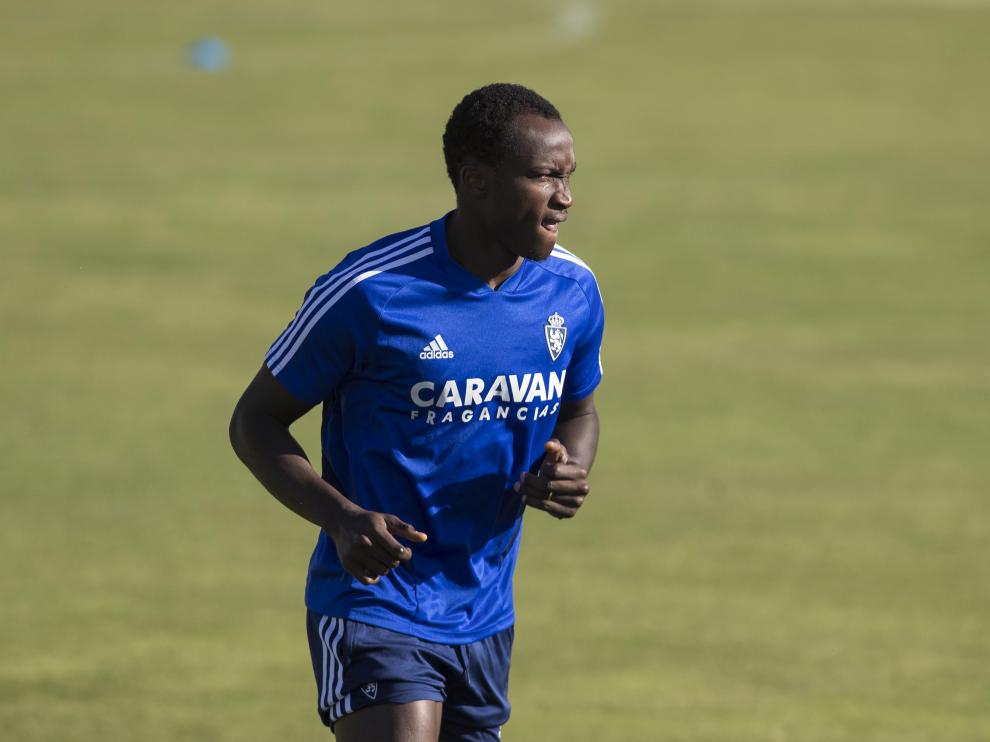 The shock caused by the announcement of Raphael Dwamena's heart problems was still in the locker room of the Real Zaragoza. News that ruled Real Zaragoza on wednesday, when it became known that the Ghanaian had to immediately stop sports, it has been hard hours for the player, in general, it has been a direct slap to the chin of a locker room that had hugged Dwamena with hug and sympathy.

On wednesday, the striker informed them that he would not be able to continue accompanying them and since then, Real Zaragoza footballers have lived hours of logical uncertainty and disbelief.

Yesterday, in the Sports City, Alberto Guitián was in charge of giving voice to the group's impressions, and the first thing he did was remember Raphael.

"It has been a hard stick for everyone. The only thing we want is for him to recover as soon as possible so that he will be with us again. It would be nice to get the victory in Soria, a special moment both to dedicate the victory to Dwamena as well as to the fans. who always travels with us to the fields, "said the Real Zaragoza central.

Dwamena had always played as a starter in the 9 league games played by Real Zaragoza after last summer becoming one of the signings of the new sports plan that coach Víctor Fernández, the main supporter of his incorporation by loan.

The Ghanaian arrived on loan from the Levant, with a high salary for what is usual in Zaragoza in recent years (around 800,000 euros. With the '11' behind, he scored 2 goals in his brief period spent at the Zaragoza front.

Dwamena was on Thursday in Valencia and went to the offices of the Levant. It is owned by the granota club and all contractual matters, of any kind, must be managed there.

The forward received, in this regard, the full support of the Valencian entity, which, through its social networks, also sent a message of encouragement to the player.