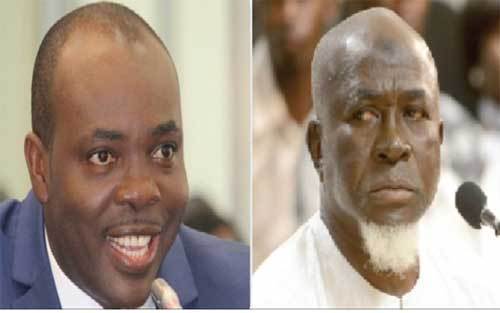 Owner and Bankroller of lower division side King Faisal, Alhaji Grusah has urged the government of Ghana to do a reshuffle and send the Minister for Youth, Sports, and Culture, Hon. Isaac Kwame Asiamah to a different sector.

His comments come on the back of the disappointing campaign of the Black Stars at the 2019 Africa Cup of Nations (AFCON) tournament that saw them being eliminated at the round of 16 stage.

Speaking in an interview with Oyerepa FM earlier today, Alhaji Grusah has accused Hon. Isaac Asiamah of failing woefully as a Minister and has hence called on the government to assign him to a different sector.

“Hon Isaac Kwame Asiamah lied to the president of Ghana Nana Addo Dankwah Akufo Addo, the reason he committed so many resources to the AFCON campaign”.

“Hon Isaac Kwame Asiamah should be reshuffled to another ministry, he has failed woefully”, the outspoken football administrator said.

In a related development though, the Sports Minister is expected to appear in front of the Parliamentary Select Committee on Sports very soon to defend the budget of the team at this year’s tournament.