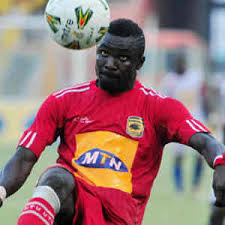 Asante Kotoko defender Awal Mohammed says he is focused on reviving his career after coming back to play in the Ghana Premier League.

Awal after spending some time in South Africa and Morocco has joined his former side to re-launch his career.

Kotoko coach Dzrafco deployed Awal in midfield in their game against Hearts- a position he played marvelously well.

“I am very happy with the way things are going on with Asante Kotoko and I am happy to be playing for this great club,” Awal said

“Every player loves being on the pitch and I am so much delighted that I have been able to put the misunderstanding behind me and I am playing again.”

The former Maritzburg United will be hoping to continue from where he left off when Kotoko face Inter Allies this week.