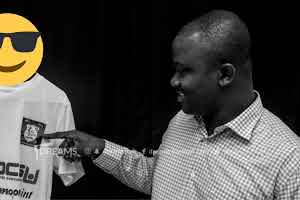 The Normalization Committee are three months old in office, operating as an agent to reforming Ghana Football. But has since decline informing the stake holders of the game, their activities and where it has gotten to.

An interview with Accra based radio station Asempa FM, Jerome Otchere said, communication is a big canker to the committee. "The biggest challenge of the Normalization Committee so far has been communication".

"In the last 90 days of their work it has been more about what they are not telling us", he said.

The former Kotoko Express Editor added that, the committee should clearly update stakeholders of their day-to-day running of the association.

"The Normalization Committee should update us on what they have done and how they did it".

The four member committee led by Dr.Kofi Amoah has time frame to ensure the football is back to normalcy, elapsing on March 30, next year.