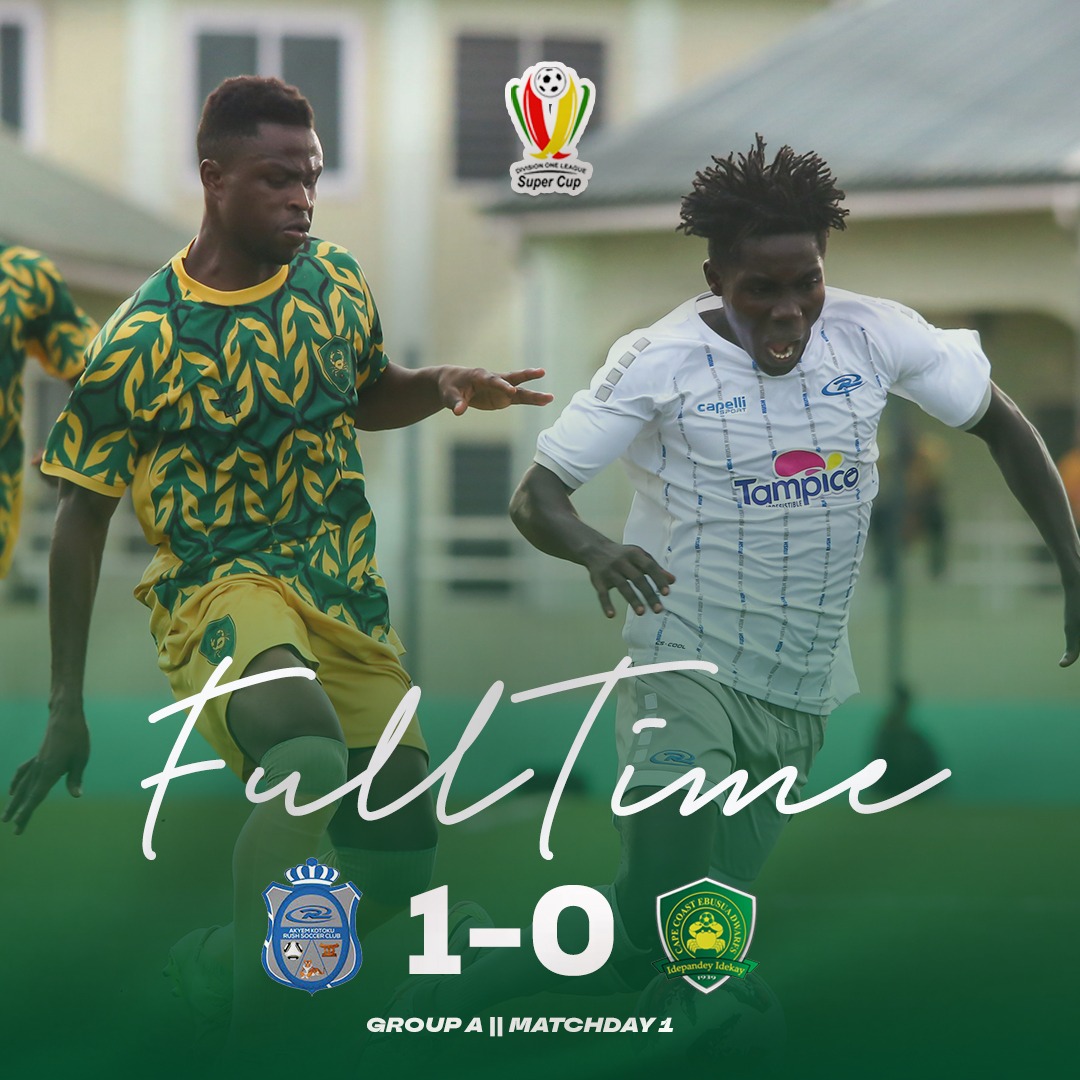 Akyem Oda Kotoku Royals were off to a flying start on Match Day One of the Division One League Super Cup following a 1-0 win against Cape Coast Mysterious Ebusua Dwarfs at the Kyebi Presbyterian Astro Turf Tuesday evening.

The two sides went into the game aiming for a win to move to the top of Group A after the first game between Nsoatreman FC and Liberty Professionals ended 1-1.

Richard Dzikoe opened the scoring for Kotoku Royals in the 7th minute as he latched on to a lovely pass before slotting the ball into the roof of the net with his left foot.

Richard Addae came very close to fetching the equalizer for Ebusua Dwarfs inside 23 minutes but his shot hit the post.

The Cape Coast lads came close for the second time, this time Enoch Afram prodded home from close range in the 74th minute but the referee whistled for an offside against the diminutive attacker leaving the score at 1-0 in favour of Kotoku Royals.

Ebusua Dwarfs continued to be resolute and dominant pressing for the equalizer but their efforts yielded no dividend as Kotoku Royals held on to win 1-0 at the Kyebi Presbyterian Astro Turf.