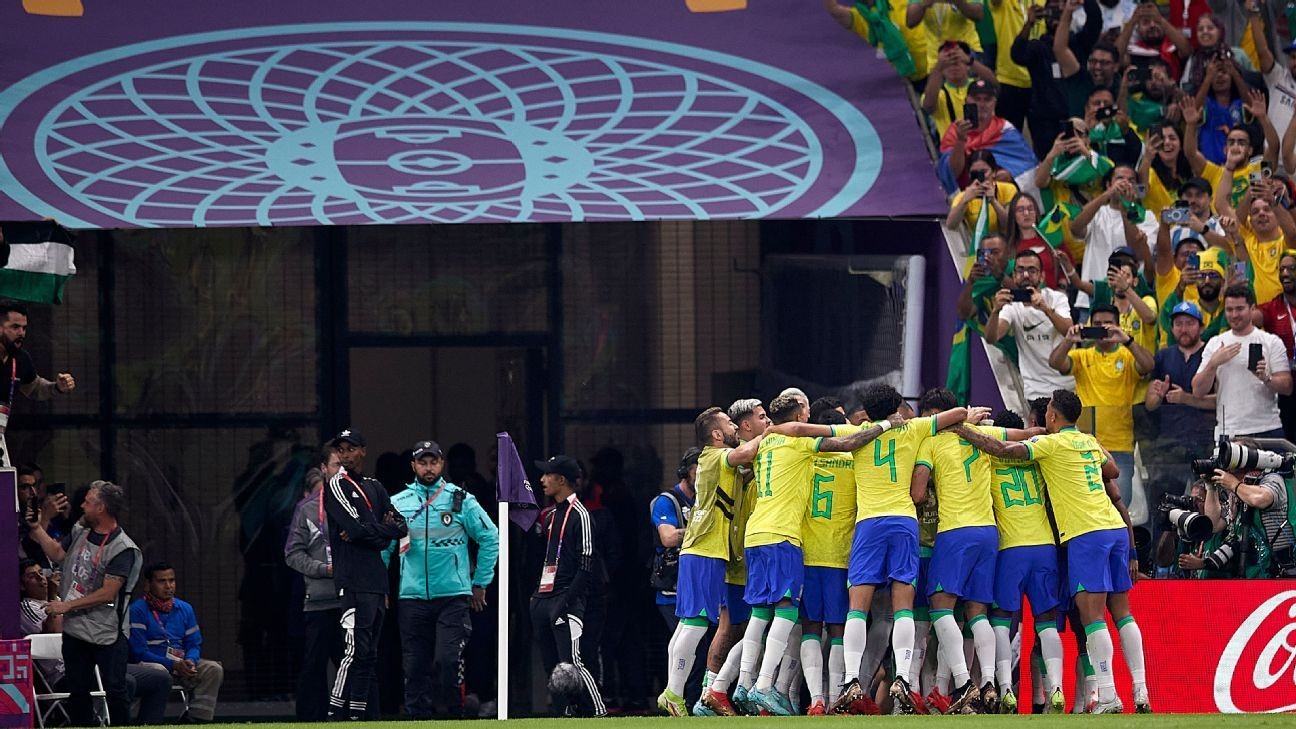 Richarlison scored a pair of goals -- including a stunning second -- as Brazil made good on the hype with a 2-0 win over Serbia to start their World Cup campaign in Qatar on Thursday.

Serbia goalkeeper Vanja Milinkovic-Savic denied Brazil's potent strike force on several occasions in a goalless first half that saw Brazil have the majority of possession.

- World Cup tiebreakers: What happens when teams are level on points
- 2022 World Cup: How every team can reach the round of 16

Brazil were close to taking the lead in the 27th minute when Thiago Silva slid a low pass into the box, but Milinkovic-Savic did well to clear the ball and he also saved a low shot from winger Raphinha.

Tite's side came out full throttle after the break and Serbia were lucky not to go behind when Milinkovic-Savic made another incredible save on Raphinha and Alex Sandro's thunderous strike from distance hit the post.

Richarlison finally scored Brazil's deserved first just past the hour mark with their 15th shot of the match, pouncing on a loose ball in front of goal after Milinkovic-Savic saved from Vinicius Junior's close-range effort.

ARE YOU SERIOUS RICHARLISON?! 😱😱🇧🇷 pic.twitter.com/FQX0f45byh

The Tottenham striker then doubled his tally with an outrageous finish, when his attempt to settle a Vinicius cross into the area popped in the air, Richarlison pivoted to his left and smashed a side sideways volley past Milinkovic-Savic to put Brazil up 2-0.

Richarlison has now scored nine goals for Brazil this year.

There was no way back for Serbia as Brazil, who finish the day atop Group H on goal difference over Switzerland, saw out the result to put the stamp on their credentials as World Cup favourites coming into the tournament.