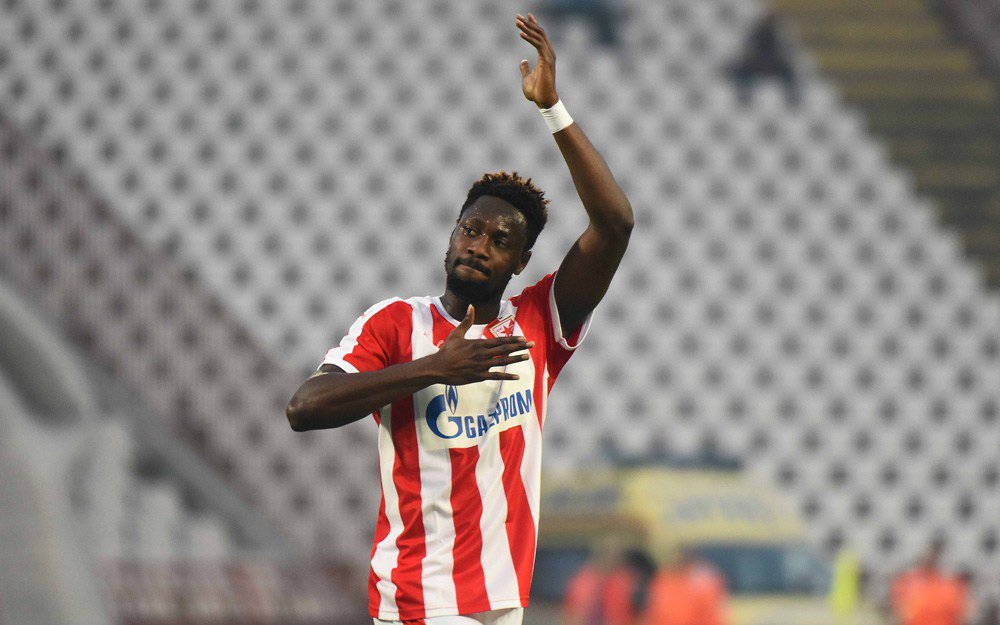 Ghana international Richmond Boakye Yiadom has announced his exit from Red Star Belgrade after posting an appreciation message on his social media.

The lethal striker joined the Serbian top-flight giants in 2016 from Italian lower-tier side Latina Calcio.

In the last four years, the forward has given fans of Red Star Belgrade many memorable moments with his goals in matches bringing joy to people in Serbia and beyond.

In the last year where Richmond Boakye Yiadom has had a difficult stint at the club due to lack of regular playing time, he is now moving on to a new challenge.

Taking to his Instagram page to confirm his exit from the club, the Black Stars asset has extended his appreciation to all officials of the club as well as coaches he worked with and players he played with.

“I greet everyone who support and love Red Star Belgrade ...it’s your player and brate Bocko who takes this time to thank everyone in the country of Serbia and Red Star Belgrade for all the care and love and support u have given me all these years even in times of injuries ....I love ❤️ you all dearly and I hope that the God who brought me to you ...will take both country and Club higher and higher ....Thanks to everyone .....BOCKO.God bless Ghana. God bless Serbia,” part of an emotional message posted by Boakye Yiadom reads.

Sources are reporting that the Ghana striker is wanted by clubs in the top five European leagues in the January transfer window.