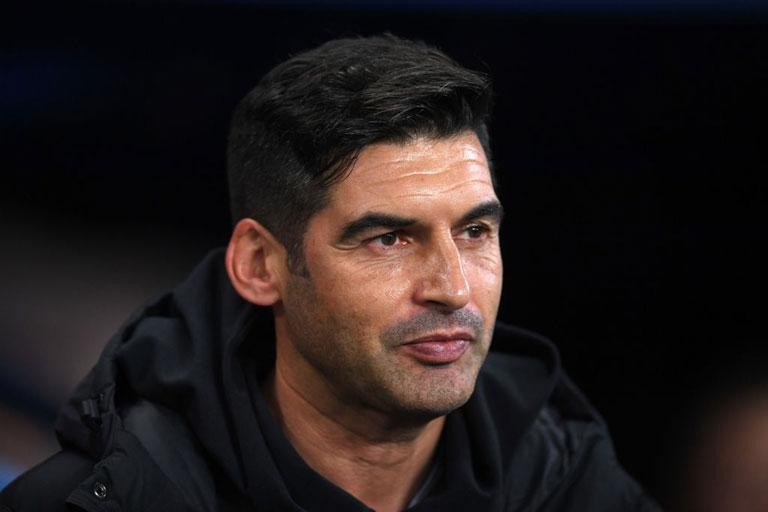 In his first interview as incoming Giallorossi boss, Paulo Fonseca explains why he wanted to come to Roma, the style of football he aims to play and his message for the fans.

The Portuguese tactician will arrive in the capital with a growing reputation, leaving Ukrainian side Shakhtar Donetsk having won the league and cup in all three seasons with the club.

Welcome to the club Paulo, how are you feeling right now?

“I’m happy, I’m very excited. I’m very optimistic about this challenge. From the very beginning I have not had any doubts about wanting to come to Roma. It’s a big club, with great support - and I want to build something that can bring confidence and enthusiasm to the club and the supporters. I’m very thankful to President Pallotta and Guido [Fienga] for this opportunity and I’m very excited.”

Tell us about Paulo Fonseca the coach. How would you describe yourself?

“I find it difficult to speak about myself, I would prefer others to speak about me. But I am a coach with a lot of passion. I love my work, I love my job. I’m an enthusiastic guy and I want to pass my passion on to the people who work with me. I love the game, I love football and I want the people around me to share that same passion for the sport.”

What sort of team can the fans expect from you?

“First of all, I expect a courageous team. A team that wants to play against the biggest teams and the smallest teams with the same approach. We have to build a competitive team, a team that can play with quality and a team that plays a style off football to make the fans proud. For me the quality of the performance is very important. Of course we want to win – the main goal is to win – but equally we want to build a team that has real quality about its play.”

You had three very successful seasons at Shakhtar. What was it about Roma, and this project, that convinced you to leave that behind?

Serie A TIM is known to be a very tactical league, a very challenging league

“That is why Italian football excites me, because it is very tactical and very difficult. Every week, every match is a big challenge for the coach. I am very motivated to create something with our team, something that can surprise the other teams. Every week we will work in training to surprise the other team. Italy has a lot of teams that work very well, that are strong tactically and especially good defensively. It will be a big challenge but I love challenges like that.”

A lot of Italian teams are getting stronger and the competition at the top of the table is going to be tough...

“In Italy we have a lot of strong teams and I think this year will be more competitive than ever before. Antonio Conte is now back, perhaps Maurizio Sarri will be back, and lots of very important players are here. The teams are only getting stronger and stronger and this is great for football, great for Italian fans.”

You’ve faced this Roma team in the past and have studied our games. What are your first impressions of the squad you are inheriting?

Do you set yourself public goals for the season or do you prefer to keep your objectives to yourself?

“The only thing I can promise is to build a competitive and courageous team. Like I have already said, I am sure that we will build a team that the supporters can be proud of. This will happen, I’m sure of it. A courageous team, an ambitious team. And if you have these ingredients then you will have a better chance of winning.”

Finally, Roma have an incredibly large and passionate fanbase, both in Rome and abroad. Do you have a message for those fans?

“I would just like to say to the fans that together we can build a strong team. We need the support of our fans. I know they love the club and I believe that together we can become stronger and stronger. I am sure the supporters will become proud of our team, because we will fight for them and we will fight to create something special. I know they will be on our side.

“I speak a lot about ‘courage’ and I know that the supporters can play a role in giving us that courage too. I believe that, when we walk out at our stadium, they will be the first ones giving us that motivation and encouragement. And, from that moment, we will have to fight and be courageous for them.”