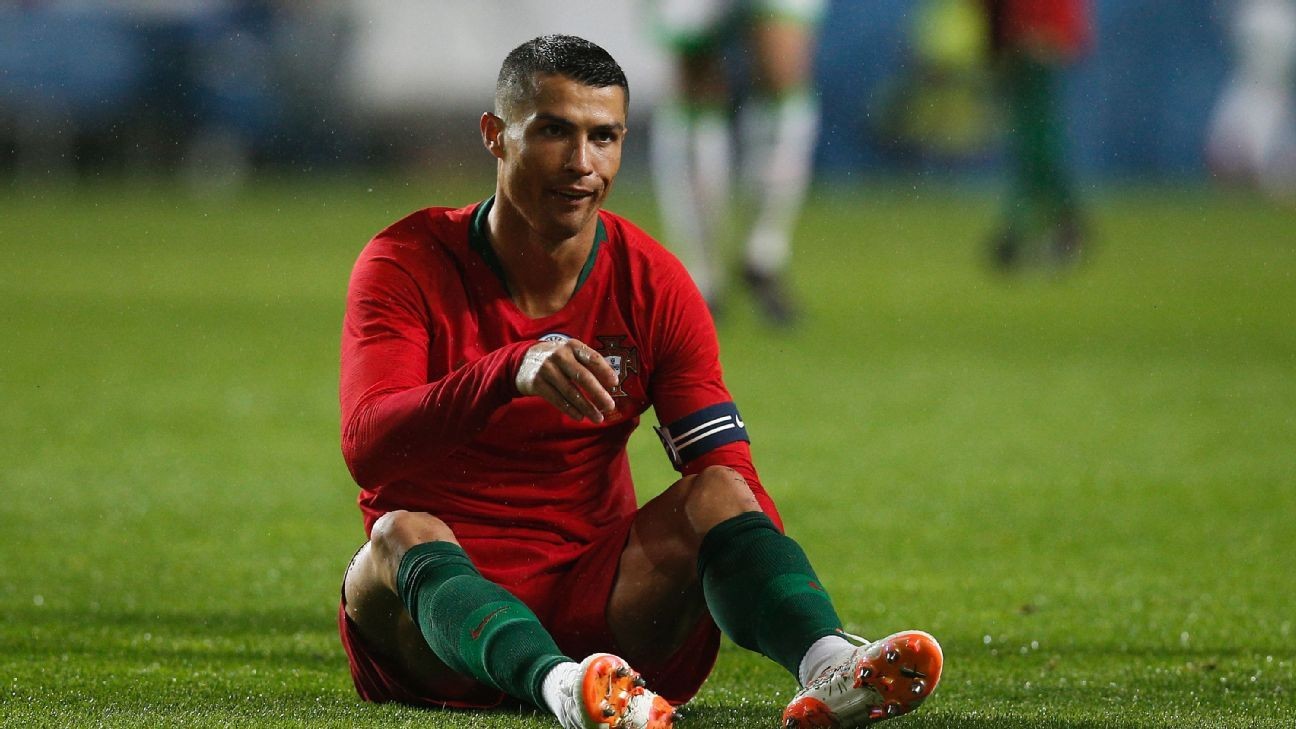 Cristiano Ronaldo's attempt to score 100 goals for Portugal could be put on hold with a toe infection forcing the Juventus forward to miss training ahead of Saturday's UEFA Nations League clash with Croatia.

The former Manchester United and Real Madrid star goes into this weekend's fixture in Portugal on 99 goals and aiming to become only the second player in history to break the century barrier on the international stage.

"Cristiano Ronaldo will be absent from training this morning [Thursday]," the Portuguese Football Federation said in a statement.

"The captain of the national team, who did gym work yesterday, has an infection in his right toe and is undergoing antibiotic treatment. The FPF will daily re-evaluate the player's clinical situation."

Ali Daei, the former Iran striker, holds the world record with 109 goals and Ronaldo has been unable to add to his tally during 2020 due to the coronavirus pandemic severely disrupting the international fixture calendar.

European champions Portugal, who won the inaugural Nations League tournament in June 2019, are set to play their first game of the year against 2018 World Cup finalists Croatia at Estadio do Dragao, but Ronaldo's involvement is now in doubt due to his toe injury.

Ronaldo, 35, will be assessed by coach Fernando Santos on Friday and could return to action against Sweden in Stockholm on Tuesday if he fails to prove his fitness in time for the Croatia game.