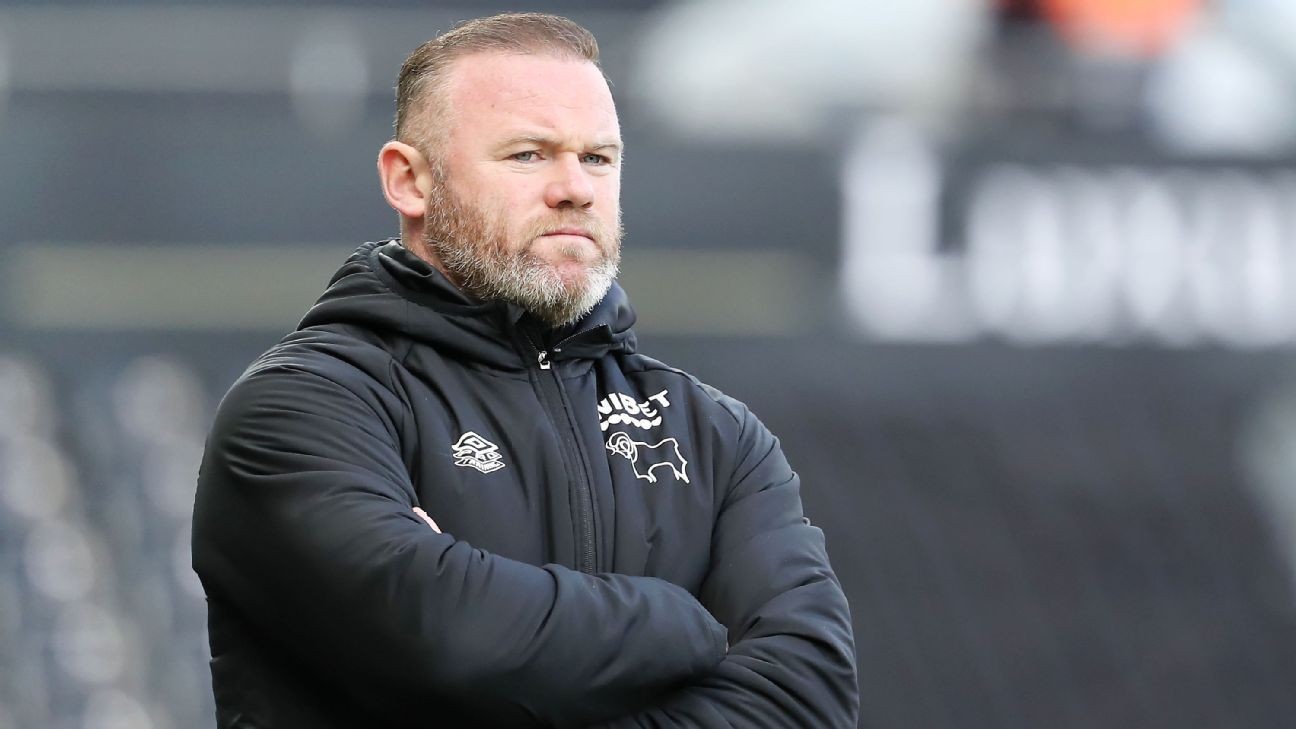 Wayne Rooney's Derby County have been relegated from the Championship, it was confirmed on Monday.

Derby needed to better Reading's result but fell to a 1-0 defeat at Queens Park Rangers while Reading snatched a late comeback 4-4 draw against Swansea City.

Rooney managed to guide the club to safety on the final match of the 2020-21 campaign but was unable to repeat the feat this time around as Derby drop down to the third-tier of English football.

Derby's chances of survival took a massive blow in November when they were deducted a total of 21 points by the English Football League after the club entered administration.

Despite the turmoil off the pitch, the former England and Manchester United captain guided Derby to an impressive run of form and relegation was only confirmed with two matches remaining.

It has been a tough start to Rooney's managerial career after he decided to cut his Major League Soccer playing days short at D.C. United to join Derby and become head coach in November 2020.

Rooney has said he will only remain at the club next season if there are new owners with American businessman Chris Kirchner named as the preferred bidder to take over.

The 36-year-old has already turned down the opportunity to manage former club Everton this season while also saying his "dream job" would be a return to Old Trafford.