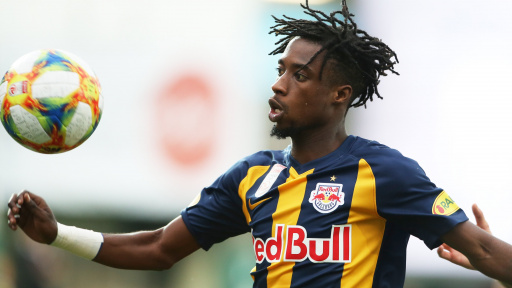 Majeed Ashimeru, a Ghanaian midfielder, has signed a permanent contract with Belgian club RSC Anderlecht for the 2021/2022 season, according to sportsworldghana.

The former West African Football Academy (WAFA) SC star joined the Belgian club on a year's loan from Salzburg, with the option to make the agreement permanent dependent on the player's performance.

Anderlecht, who have been impressed with the Ghanaian international's quality and performance, have activated his €2.5 million buy option to make the signing permanent, according to Het Nieuwsblad.

There were reports earlier in the Belgian media saying RSC Anderlecht will allow to return to his parent club because of Salzburg's asking price.

Majeed Ashimeru is likely to sign a four-year contract with the club.

The talented midfielder made 11 league appearances for the club and scored one goal.