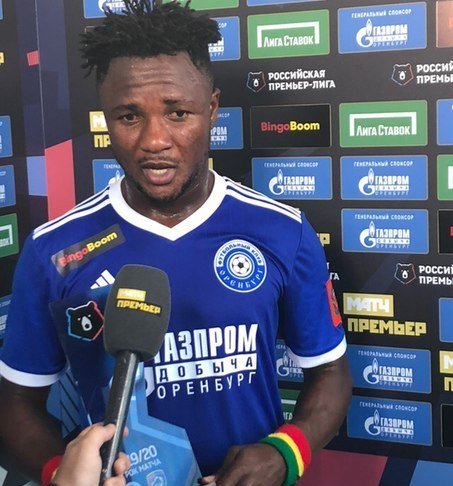 Ghanaian international, Joel Fameyeh picked up the accolade for the ‘Man of the Match’ following his crucial brace for FC Orenburg which propelled them to draw 2-2 with Tambov FK on Saturday in the Russian Premier League.

The striker showed his quality on the matchday when he was needed most and inspired his side to an emotional comeback that helped them to pick up a vital point at the end of the 90 minutes.

His side went behind courtesy two good goals from Tambov FK. Joel Fameyeh came on for FC Orenburg on the 70th minute and managed to score twice to draw his side level.

Following the outstanding performance, he was adjudged the man of the match.