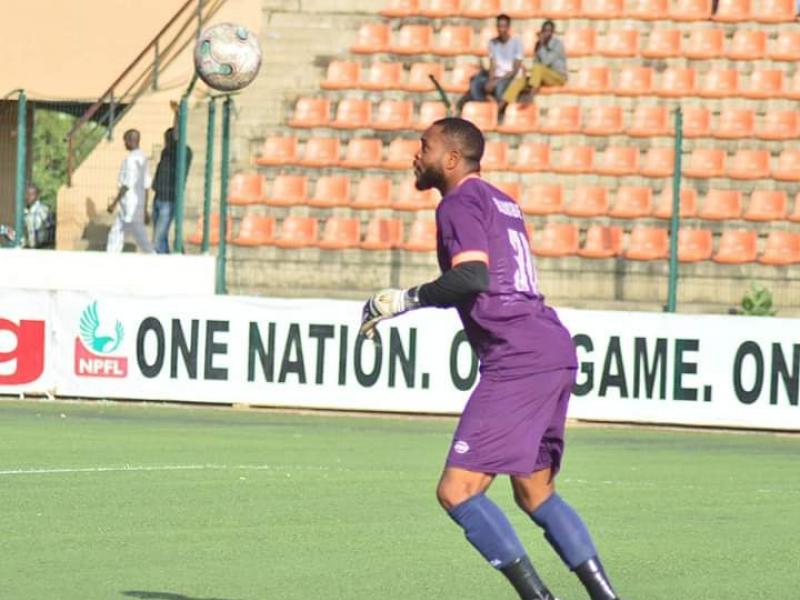 The goalkeeper according to reports was going for a morning walk around his residence when he was attacked by men wielding guns. They robbed him of his wristwatch and handset before subsequently shooting his hand.

Charles Tambe was later rushed to the University College Hospital (UCH) in Ibadan where he has been admitted to receive care.

"This is another sad news in the NPFL, I just spoke with the wife now but she is just too devastated to say anything, she just told me that she is in UCH to deposit some money so they can begin the treatment of her husband”, a source close to the family of the goalkeeper has revealed.

A statement from Abia Warriors to confirm the sad incident also said: "Abia Warriors goalkeeper Charles Tambe was shot by hoodlums in Ibadan this morning.

"He has been rushed to UCH for medical attention. The club is on top of the situation."

Today’s incidence come on the back of several negative happenings since the Coronavirus pandemic put the Nigeria Premier League on hold. One player has lost his life while the another was kidnapped and later released.