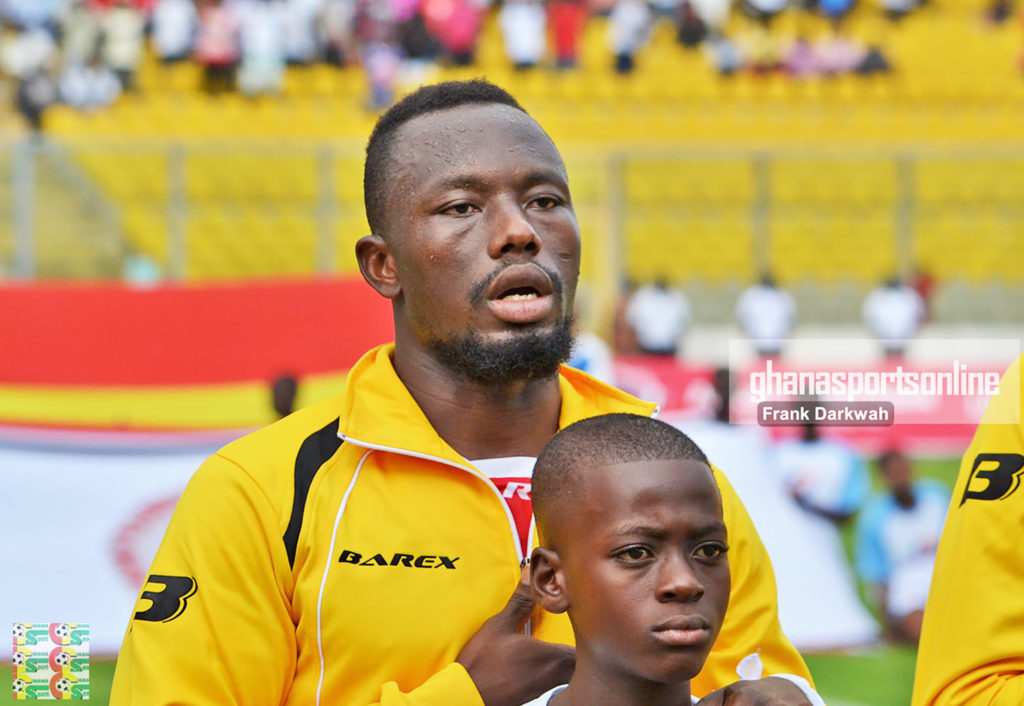 AshantiGold SC striker Saddick Adams has disclosed he wants to finish his playing career at his hometown club Tano Bofoakwa.

Despite been born in Tamale, Adams, 28, grew up in the Brong Ahafo Region and has been a long time fan of the Division One club.

The former Asante Kotoko forward played for Bofoakwa in an exhibition game against rivals B.A United over the weekend and he revealed his desire to return home and feature for the green and whites before he hangs his boots.

“Definitely it is a must,” he told Footballmadeinghana.com.

“Of course I have that in mind to play for my boyhood club before hanging my boots but nothing is decided now. ”

He began his career with AshGold and rose to prominence after he was invited to the the Black Starlets of Ghana where he grabbed global headlines with his four goals at the FIFA U-17 World Cup in 2007.

He was considered by World Soccer magazine one of the 50 Most Exciting Teenagers on the Planet in their November 2007 issue.

Saddick scored a lot of match winning goals for Asante Kotoko mostly through penalty kicks, however he will be remember for his first half hat trick in the 3-1 win over rivals Accra Hearts of Oak in the 2017 MTN FA cup in Tamale two seasons ago.