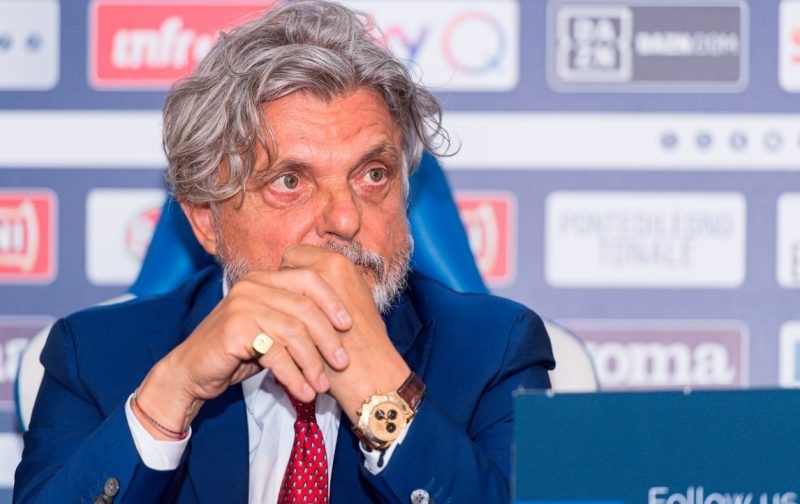 Sampdoria president Massimo Ferrero has received death threats at his residency in Rome.

Tensions between the Blucerchiati president and the club’s supporters have risen in recent years after failing to sell the club to a consortium lead by club legend Gianluca Vialli and reportedly pocketing money from the sale of Pedro Obiang to West Ham United in 2015.

There have been a series of incidents in which some unknown perpetrators have made some threats to the 69-year-old, which he has reported to the Roman police.

According to ANSA, bullets were sent to his home in Rome and there was a banner placed at Sampdoria’s training ground at Bogliasco, outside of Genoa, which said, “We will kill you!”.

The Blucerchiati patron has said that he has more concern for his family’s well-being than his own for the time being.

“I’m afraid for my children, just that, but the work pleases me and doesn’t make me think of people who, if they do what they do, have some problems,” Ferrero told Adnkronos.

“Come and tell me face to face, I love everyone.”