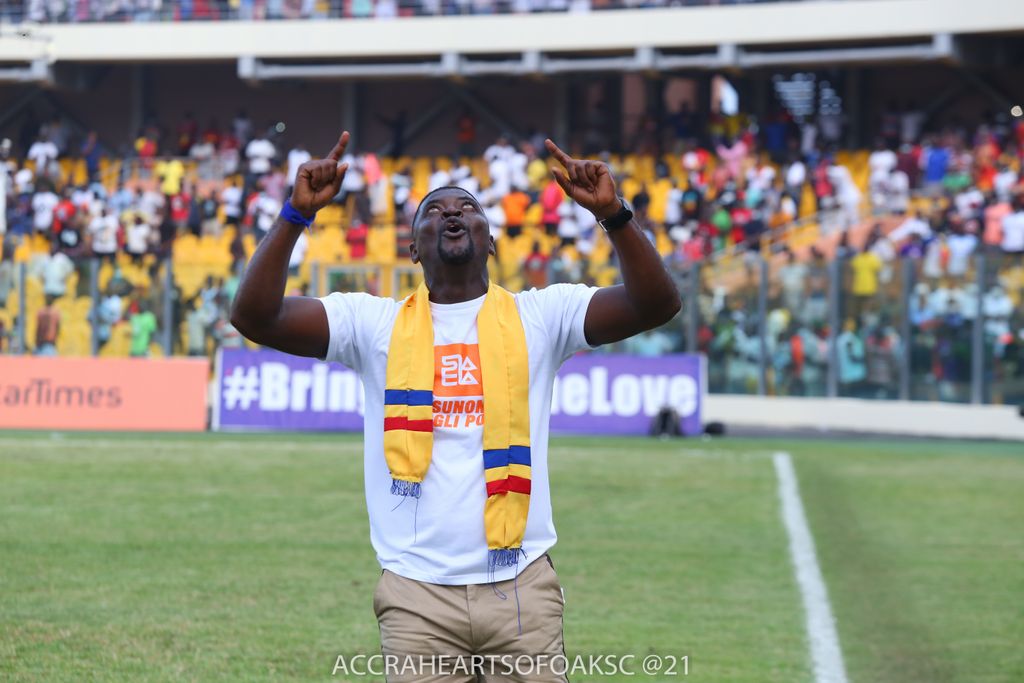 Hearts of Oak head coach Samuel Boadu was pleased with his team's performance against Dreams FC on match week 27 of the Ghana Premier League on Sunday.

Daniel Afriyie Barnieh scored the first goal for the rainbow boys before Seidu Suraj doubled their lead in the 12th minute but Dreams FC halved the deficit through Agyenim Mensah who scored from the spot in the 45th minute.

"It was a very nice game. Both teams played well. As you know Dreams are tactically good. Two matches with six goals, that's what we expected," coach Boadu said.

"That has been our hallmark but it's quiet unfortunate people didn't see our goal scoring but with their advice. We have really worked on it."