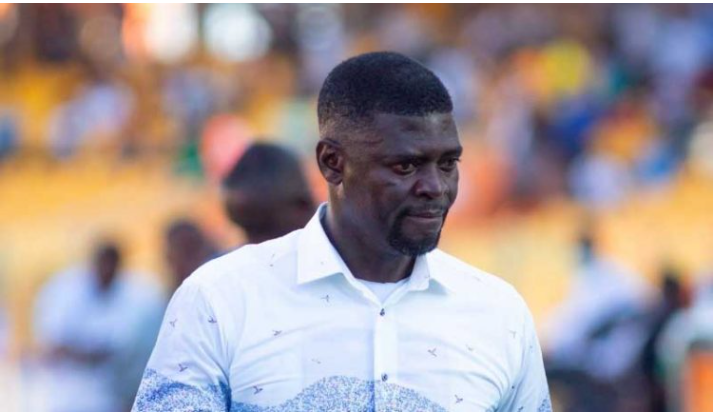 Hearts of Oak coach, Samuel Boadu has expressed his dissatisfaction after surrendering a lead to draw 2-2 at Dreams FC on Saturday in the Ghana Premier League.

The reigning champions were hosted at the Theatre of Dreams in Dawu in the matchday 10 games.

The Phobians opened the scoring in the 27th minute through Daniel Afriyie Barnie. The Ghana U-20 star smashed in a long-range shot which zoomed past goalkeeper Godfred Amoah.

Just before the break, Dreams FC equalized through Issah Ibrahim and then took the lead when Ishmael Dede scored a lovely goal in the 82nd minute.

Youngster Salim Adams scored a thunderbolt to get the equalizer for Hearts of Oak in injury time.

''Dreams FC is a good team but for we [Hearts of Oak], we didn't come in for a draw," he told StarTimes after the game.

"We came here to win but it's quite unfortunate we drew with them. We take it like that.

On what caused his side, Boadu added: ''Loss of concentration and team unit that's what I saw during the second half and I think when we go home, we'll work on it.''

The stalemate leave Hearts of Oak at the 10th on the league log with 10 points. Boadu and his charges have three outstanding games.

Hearts of Oak will host Berekum Chelsea in the matchday 11 games at the Accra Sports Stadium on Wednesday.