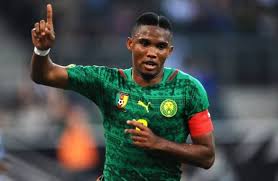 The Cameroon started his football career in 1997 and ended this year in Qatar with Qatar SC. He played and won most prestigious title across the world.

The 38-year-old spent his career playing for famous clubs like, Barcelona, Inter Milan, Chelsea, Everton and others.

“I know that someone else will come and do better than me, I know I am not eternal. I also know that I was a unique player. I am the best player in Africa. The others know it and must accept it,”