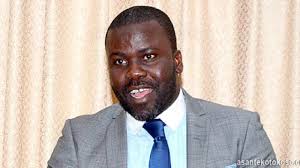 Kofi Annan, the UN Secretary General at the time met the Bayern Munich player during the team's intercontinental cup journey.

Osei Kuffour narrated the whole incident leading to the conversation and the words he told him.

“I met the most influential person at the entrance of my hotel because he was at the same place with our team. He sent one of his security guys for me at the lobby. When I went it was Kofi Annan sitting with Franz Beckenbauer and other players and I bowed down to greet him.

“He told me that I’m not playing the match for myself, I’m playing for Ghana and Africa as a continent so I should put up a good performance. We hugged and I went to my hotel room” Samuel Osei Kuffour said.

The defender was motivated by these words and it pushed him to become the best player of the competition. After he received the award, he met Annan again and shared some words.

“I told you to make yourself, your nation and the continent proud and you did that. I cherish this moment I had with Kofi Annan because those words inspired me before the match” Samuel Osei Kuffour told GTV sports.

The 43 year old made 277 appearances for Bayern Munich and clinched six Bundesliga titles with the German giants. He also won the elusive Champions League trophy in 2001.