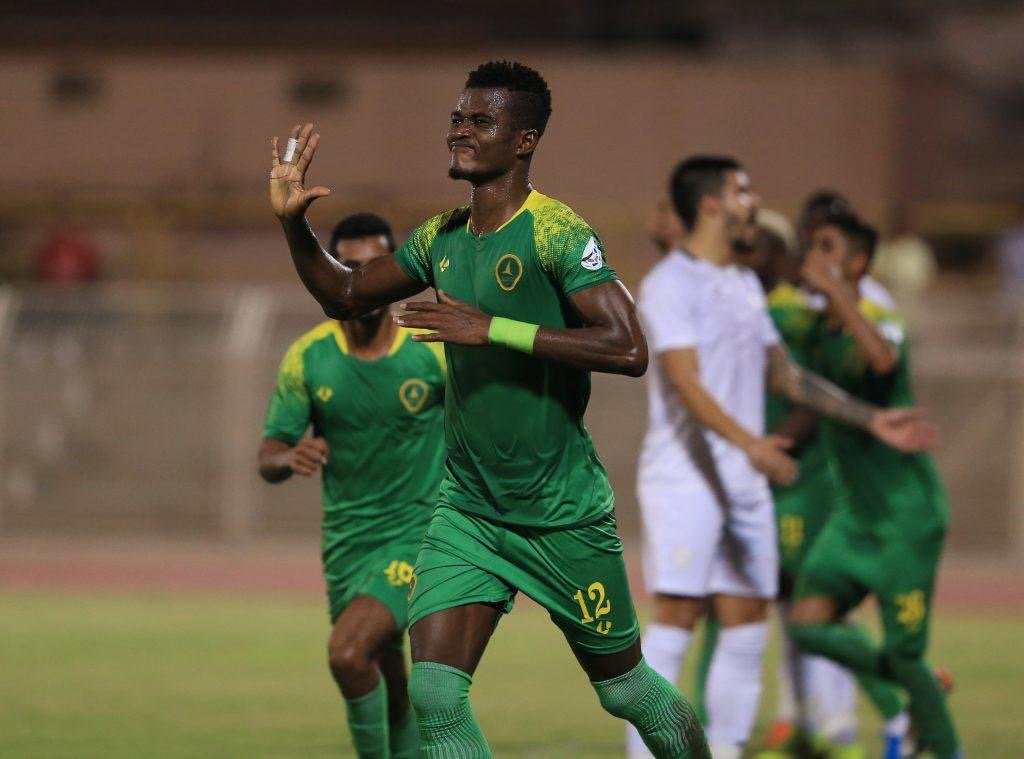 Ghanaian international Samuel Sarfo found the back of the net on Wednesday night when his Al Khaleej side suffered a 3-2 defeat at the hands of Najran SC in the Saudi Arabian top-tier league.

The defender has been in tremendous form since the start of the season and was handed another started yesterday when his club welcomed their matchday opponent.

Al Khaleej took the lead just four minutes into the match when Abdulhadi Aldosari's strike found the back of the net.

A ding dong affair for the next five minutes resulted in Najran SC pulling level courtesy a strike from Brazilian defender Carlos Batista.

Former Liberty Professions center-back Samuel Sarfo restored the lead for his side on the stroke of half-time with a thumping header after out-jumping everyone.

A red card issued to the Ghanaian in the second half, however, resulted in Najran SC taking control of the game and eventually emerged as 3-2 victors.

Samuel Sarfo now has 5 goals to his name after making 8 appearances for his new club in the ongoing campaign.