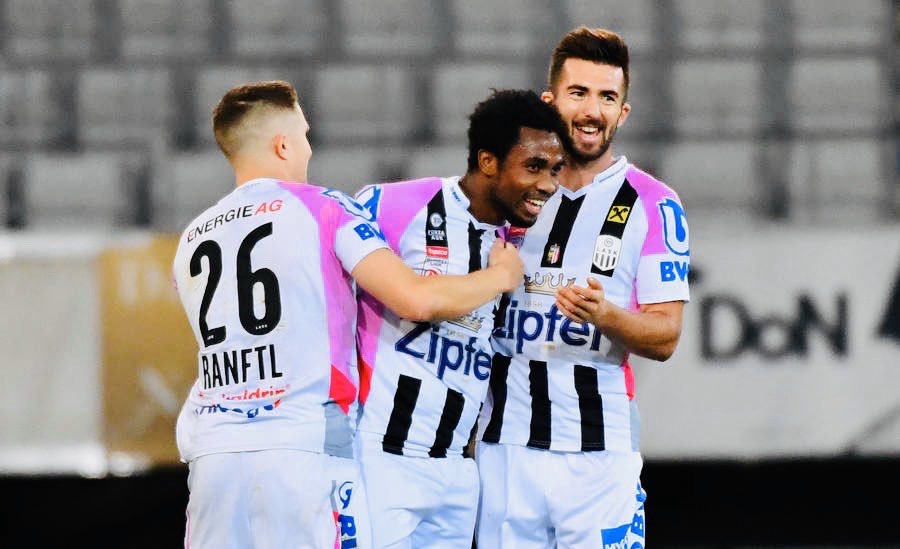 Ghanaian international Samuel Tetteh has found the back of the net this afternoon to help his LASK Linz side draw 3-3 against Wolfsberger AC in the Austrian top-flight league.

The two teams went head to head today to fight for the 3 maximum points to improve their respective positions on the standings of the division.

Unfortunately for Samuel Tetteh, he did not earn a starting role as he was named on the substitute bench.

The first half of the match ended with LASK Linz in the lead courtesy a 36th-minute strike from Dominik Freiser.

Ten minutes into the second half, the lead was double with Gernot Trauner finding the back of the net.

Although it looked like the away team was strolling to victory, an improved performance from Wolfsberger AC saw them change the game on its head.

Three goals in succession from Cheikhou Deing, Michael Leindl, and Michael Novak saw the home team take a 3-2 lead with just a minute to end proceedings.

It took the intervention of second-half substitute Samuel Tetteh to salvage a point for LASK Linz after as he scored in added time.

This season, the former WAFA forward has made 21 appearances for his club and has 6 goals and 5 assists to his name.