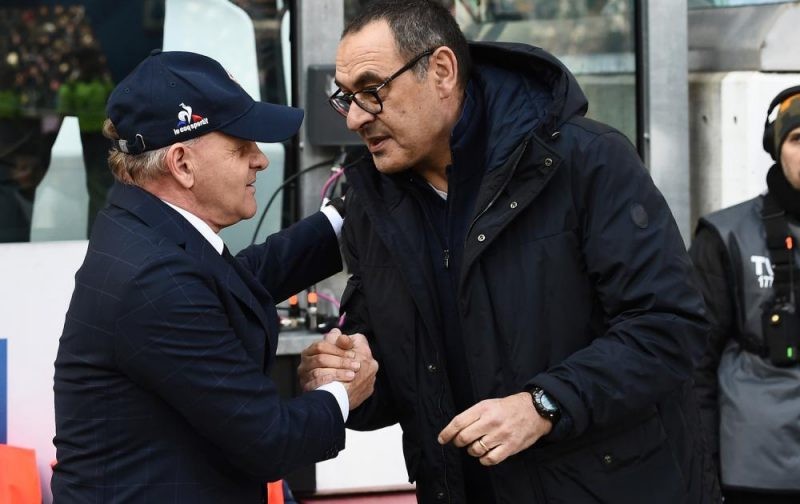 Maurizio Sarri will reportedly terminate his contract with Juventus and he could be appointed as coach of either Roma or Fiorentina.

The 61-year-old was sacked by La Vecchia Signora at the end of the 2019/20 season despite winning the Serie A title but he has no shortage of suitors as the likes of the Gigliati and Giallorossi are apparently contemplating changing coaches.

La Gazzetta dello Sport report that Sarri terminating his contract with Juventus will save the club from paying his full yearly salary of €5.5 million as well as his severance pay.

It seems that the future of Fiorentina coach Giuseppe Iachini is in doubt, Gigliati president Rocco Commisso could replace him with Sarri, and the former Napoli and Juve tactician might also lower his wage demands to accept the job in Florence.

There are also doubts regarding the future of Roma coach Paulo Fonseca.

Sarri could replace the Portuguese in Rome but former Juventus coach Massimiliano Allegri and former AC Milan candidate Ralf Rangnick are also of interest to the Lupi.