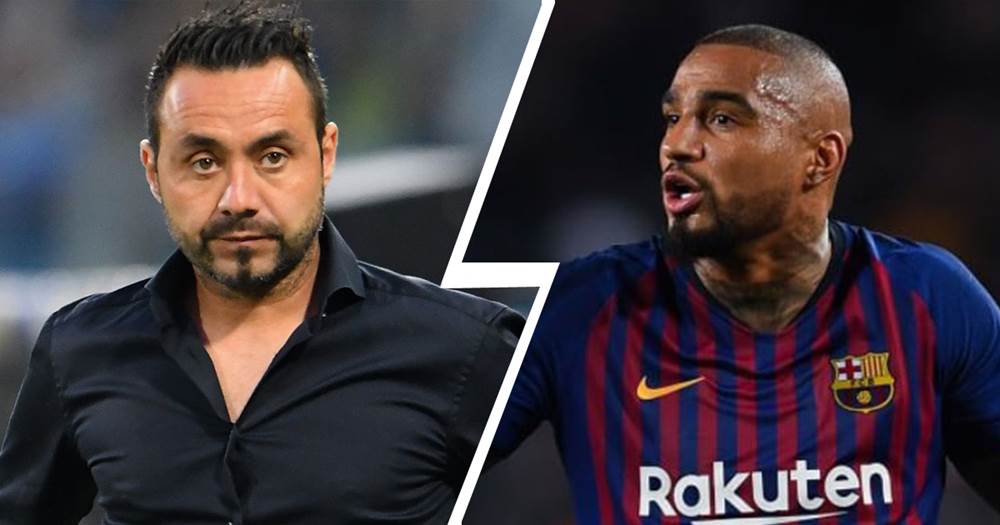 Head Coach for Serie A side Sassuolo, Roberto De Zerbi has disclosed that he wants Ghanaian International Kevin Prince Boateng to stay at the club for the upcoming season.

Kevin Prince Boateng just returned to Italy after completing his short loan spell with Spanish La Liga Champions FC Barcelona. Having struggled to make any meaningful impact, it is rumored that the attacker is making some considerations and will fancy a move away from Sassuolo.

Speaking to the media as the Italian side prepare for the start of their pre-season campaign, Coach Roberto De Zerbi indicated that KP Boateng is a player the club respects and they hope he stays with them for the 2019/2020 league season.

“Prince is highly respected by us and he knows that here he has the margin to do great things, his magic. I hope he stays with us. The same applies to all those who have a market”, the gaffer stressed.

Meanwhile, it is understood that the manager and the player will be meeting in the coming days before he decides whether to stay with the club or move on to another club.