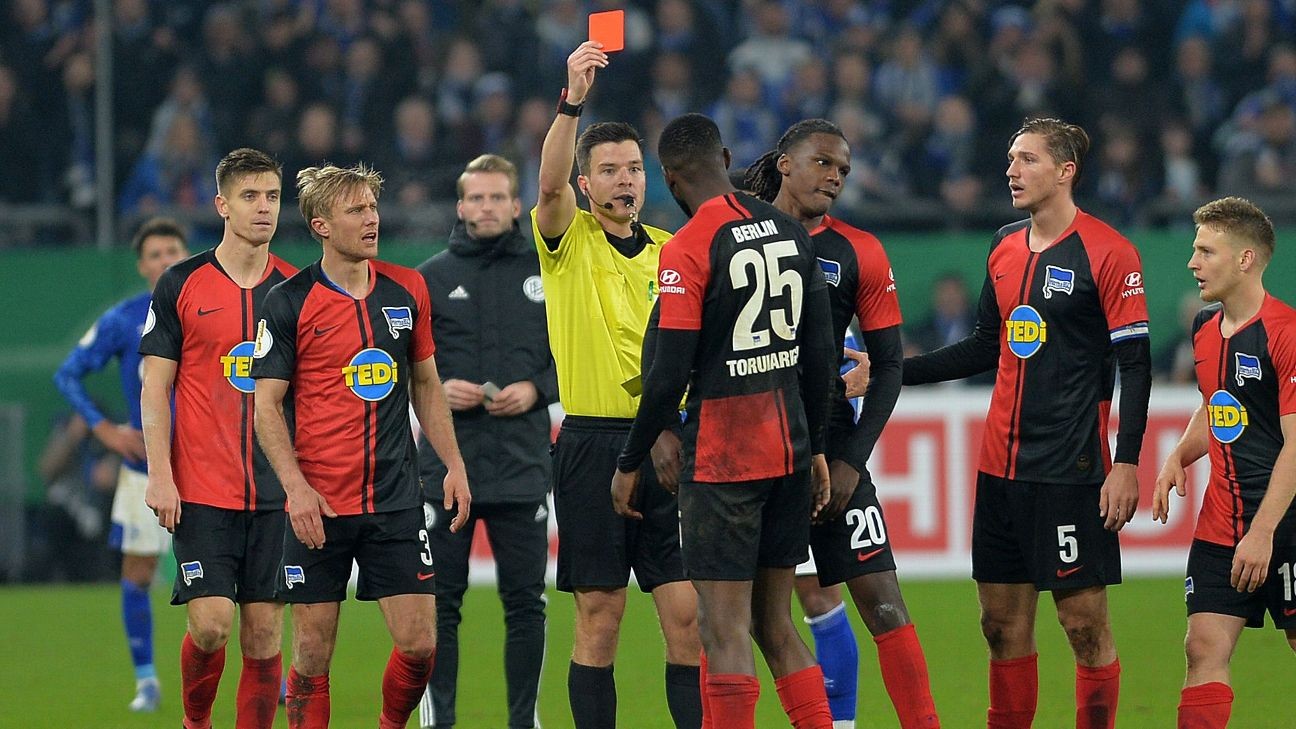 Schalke have been fined €50,000 for racist chants their fans made during last week's German Cup win against Hertha Berlin, the German Football Association (DFB) ruled on Tuesday.

Hertha player Jordan Torunarigha said he was targeted by Schalke fans repeatedly during the game.

The DFB said the player was racially abused in the 85th minute from a group of Hertha supporters.

Torunarigha was then sent off in extra time for a second bookable offence, throwing down a water crate on the sideline.

"There were monkey chants made," the DFB said in a statement.

It said Schalke could use up to €16,000 of their own funds for anti-racism and anti-discrimination projects with the amount deducted from their fine.

The DFB warned Schalke of tougher sanctions in case of another incident.

This is not the first time Schalke have been in the spotlight for racism.