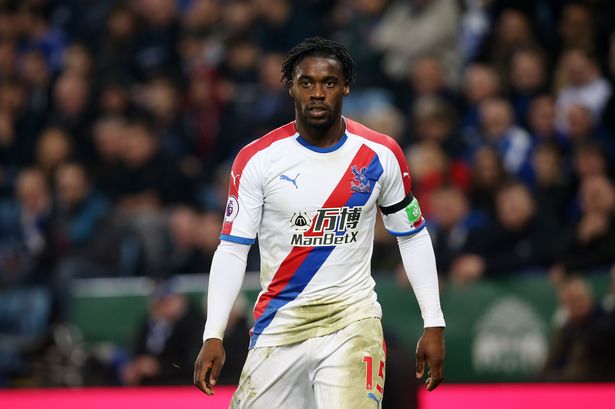 Jeffrey Schlupp was excited to have played 70 minutes for Crystal Palace in Saturday's Premier League victory over Sheffield United, after his latest injury comeback.

The Eagles won 2-0 away at Bramall Lane on matchday 35, with the midfielder making his return to the starting lineup for the first time since January.

The game against the Blades was his second start for the club since the turn of the year, and his first since January.

"I’ve had a bit of a stop-start season. I’ve kept fit, I want to keep fit and I’ve had to be a bit patient - coming back from injury, obviously getting my fitness up,” Schlupp said, as reported by his club’s official website.

“I’m happy to have got through 70 minutes today and hopefully I can get some more minutes and some more starts under my belt to finish the season off strongly."

"We obviously want to finish the season off well and I think, looking at the last few games, we’ve started well here and want to keep that going,” said the 28-year-old.

"The last couple of results didn’t go our way and we didn’t have much of the ball playing against a couple of the top sides, but we came here thinking we wanted to dominate the play, we wanted to be nice and aggressive. I think we came and did that.

"We wanted to start fast. We scored after a minute which showed us we did it well and we wanted to keep that going. But we knew it was going to be tough to do it all game so we had to pick our moments but I thought we did that really well." he ended.

Jeffrey Schlupp has appeared in 23 Premier League games for Palace this season, playing 13 of them and scoring twice.