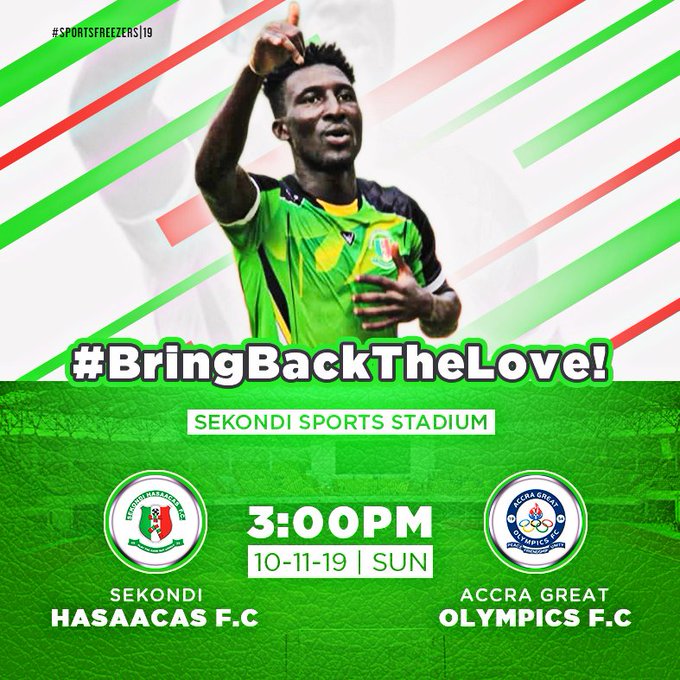 Ahead of the return of local competition in December, Lower Division side Sekondi Hasaacas has confirmed that they will be engaging Ghana Premier League club Accra Great Olympics in a pre-season friendly this weekend.

The two teams will use the warm up game to assess the strength and weakness of their respective squads as they bid to adequately prepare for the start of the 2019/2020 League season.

Olympics go into the friendly after losing out on the 2019 Homowo Cup where they lost on penalties to regional rivals Accra Hearts of Oak.

They are hoping to present a formidable team in the yet to start GPL to ensure they keep their premiership status at the end of the campaign.

For Hasaacas, they are targeting qualification to the top-flight league and will want to enjoy a successful season when everything is put in place.

The friendly between the two clubs will be played at the Sekondi Sports Stadium on Sunday, November 10, 2019.