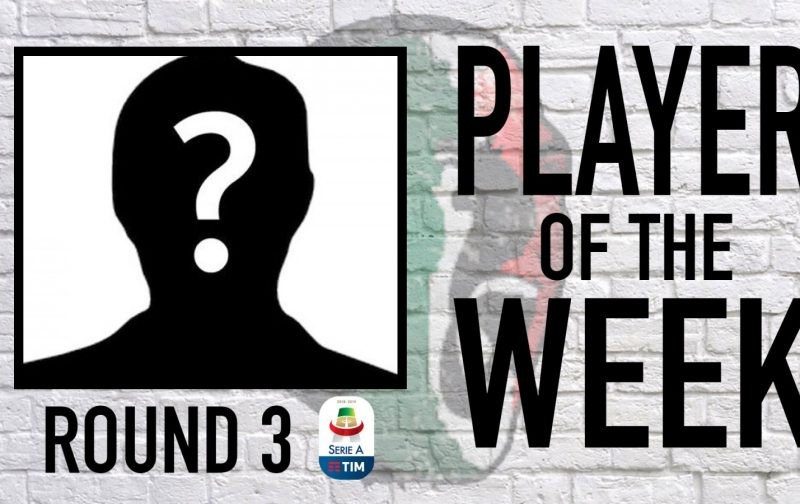 Sometimes there are moments that eclipse a whole 90-minute performance and this weekend in Serie A there was one moment that cast a shadow over everything else to happen on the Italian peninsula this week.

That moment came courtesy of Fabio Quagliarella who gave us an early entry for goal of the season with a phenomenal back-heeled volley from 12-yards that was nicely tucked into the corner of the Napoli net. Sampdoria ran riot at the Stadio Luigi Ferraris, beating the Partenopei 3-0, and while Gregoire Defrel was in fine form for the Blucerchiati as well, Quagliarella cannot be overlooked simply for that one moment of absolute magic.

He may be 35 but the Samp striker is showing no signs of slowing down – or at least his goalscoring isn’t – and with 19 goals in Serie A last term he celebrated his most successful season in front of goal.

Quagliarella has given us some gifts throughout his career, but few will beat this and it makes him a worthy winner of Forza Italian Football Player of the Week award for round three.