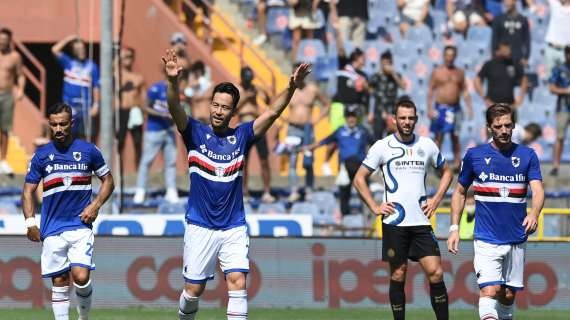 Continuation of the 4th day of Serie A this Sunday with a meeting between Empoli (12th, 3 points) and Sampdoria (15th, 2 units) on the lawn of the Stadio Carlo Castellani.

Fallers of Juventus before the truce, the Azzurri had not managed to chain last weekend (defeat against Venezia). It was therefore necessary to move forward. Opposite, the Blucerchiati remained on two draws after starting the season with a defeat. The first victory was therefore expected.

Just after half an hour of play, Caputo unblocked the situation for the visitors (31st, 0-1). The goalscorer of the Genoa club even doubled the bet on the return from the locker room (52nd, 0-2). The locals then thought to restart the game with a goal from Cutrone, finally refused for offside (62nd) ... And the meeting ended even worse for Empoli with a third goal from Candreva (70th, 0-3). With this success, the Samp passed eleventh, Empoli found itself thirteenth.