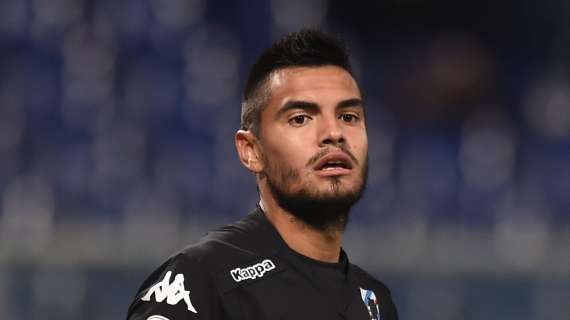 Sergio Romero is delighted with his move to Venezia. The released Manchester United goalkeeper signed with the Serie A minnows on Wednesday.

“Venezia had been tracking me for two or three weeks, they waited for my final decision," said the 34-year-old goalkeeper in his press conference.

“I really like the team, there are a lot of young players and I feel young too. There's a solid club behind us, I think this squad has everything required to stay in Serie A.

“I felt a family atmosphere at Sampdoria and it's a similar sensation here at Venezia. Manchester United is one of the biggest clubs in the world, but I feel Venezia can do well."

The former Sampdoria keeper added: “The level has really gone up, as Juventus, Inter and Milan impressed, bringing Italian football back to a certain level.

“I hope that my return will help Venezia to stay in Serie A. We've got to quickly shake off the thought of safety and aim towards mid-table, which is the real objective."