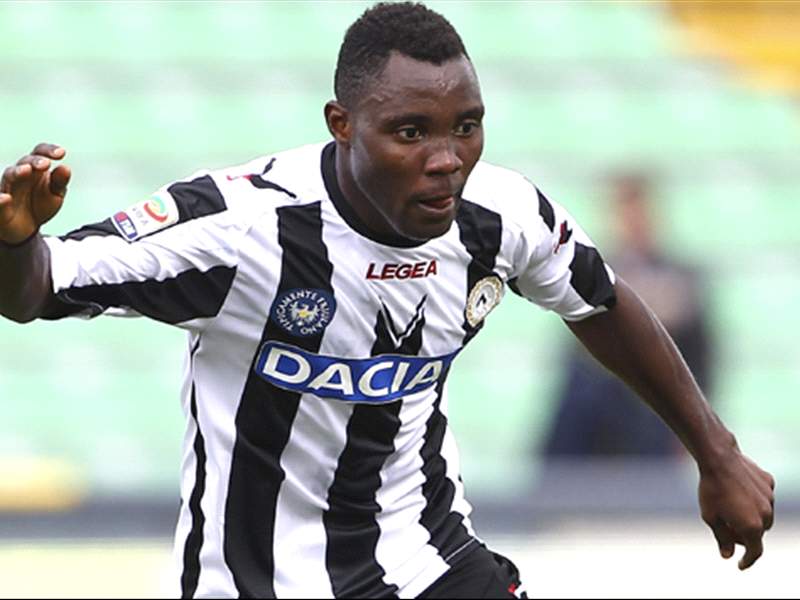 Italian Serie A outfit, Udinese Calcio have joined the race to re-sign Kwadwo Asamoah in January according to reports in Italy.

Footballghana.com have exclusively reported that Asamoah is likely to join Sampdoria in January after head coach of the side, Claudio Ranieri looks to improve his with the addition of the right wing-back.

However, Udinese have also expressed their interest in signing the 32-year-old again.

Asamoah terminated his contract with Inter Milan at the end of last season but failed to secure a move due to injury crisis.

The Ghana international has also been linked with moves to the MLS and Turkey.

In June 2008, Asamoah was signed by Serie A club Udinese where he established himself and became a linchpin for both club.