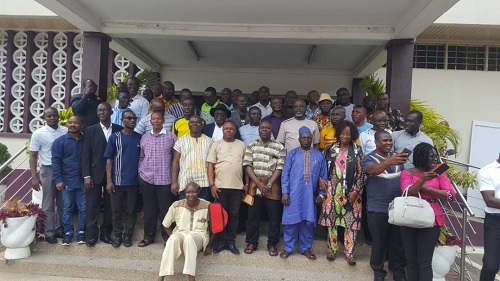 Premier and Division One League clubs have formed a seven-member committee to review the proposed Normalisation Committee (NCs) draft statutes which are expected to be discussed and adopted at the Ghana Football Association (GFA) congress in Accra on September 5.

At a meeting held at the Osu Presbyterian Church Hall in Accra yesterday, the committee was tasked to complete its work within a week.

The club owners and administrators present decided to form the committee after they had expressed their dissatisfaction with the NC’s reviewed statutes, arguing that the caretaker body had designed a new regulation which did not conform with the existing Article 15 of the FIFA Statutes which the NC was supposed to review per the mandate given by Federation of International Football Associations (FIFA).

The committee is expected to amend the current GFA statutes to conform to the FIFA statutes.

Among the contentious issues include the reduction of the representation of Division One clubs from 48 to 24 and the change in designation from the president to the chairman for the GFA’s top post.

Randy Abbey, a member of the committee, said in an interview that the meeting was an important one which afforded the clubs the opportunity to discuss pertinent issues bothering Ghana Football.

“It is something that ought to be of primary concern, that is why it was important for us to have such a gathering to find out whether indeed the proposals are in tune and are fit for purpose,” he noted.

Conspicuously missing at the meeting were the executives of the Ghana League Clubs Association (GHALCA).

Meanwhile, yesterday’s meeting, which was originally scheduled for the Media Centre of the Accra Sports Stadium, had to be shifted to the Osu Presby Hall at the eleventh hour following what the organisers said was due to an ‘order from above’.