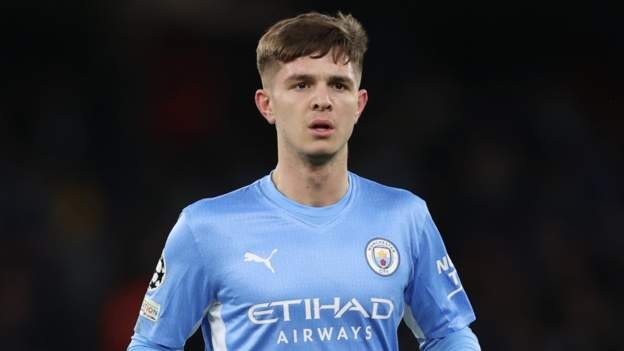 The 19-year-old has progressed through the Premier League champions' academy and made his first-team debut in last season's Carabao Cup win over Wycombe.

He made his Premier League debut as a substitute against Everton last November and made a total of six first-team appearances.

McAtee has been capped by England at under-18, under-20 and under-21 level.

"James a talented player, someone who is rated very highly at City and throughout football. We are excited to get him," Sheffield United manager Paul Heckingbottom told the club website.external-link

"We know there was a lot of interest in him, we registered ours last year but obviously James wanted to get in the Manchester City squad."