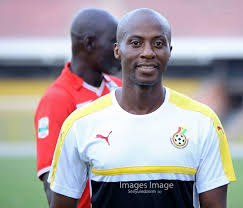 Ghana coach Ibrahim Tanko has revealed that there were two members of the GFA Executive Council who did not want his Black Meteors side to qualify for the CAF U-20 AFCON tournament in 2019.

In the final qualifying round to the tournament, the Ghana U-23 team was paired against their counterpart from Algeria.

At the end of the first leg played in Ghana at the Accra Sports Stadium, the Meteors were held to a 1-1 draw and tipped to fail in their quest to secure promotion.

Opening up on events that followed in an interview on the Nabila Show, coach Ibrahim Tanko has revealed that two Exco members were happy when his team suffered that setback after the first leg.

“Sometimes it is very difficult because of some of the players whose managers are executive committee members. So sometimes it is not easy to drop a player.

“I can tell you even when we played against Algeria here [in Ghana] 1-1, I know two exco-members who were very happy because I dropped their players at that match,” the former Ghana U-23 coach said.

He continued, “So all of them, I think most Ghanaians thought we were going to lose since we played 1-1 here in Ghana.

“Because if I come out to give the reason why I dropped them, I will have collapsed their career. So let’s leave it there and move on.”

Subsequently, in the second leg, Ghana defeated Algeria by a goal to nil away to defy all odds and qualify for the 2019 U-23 AFCON tournament hosted in Egypt.