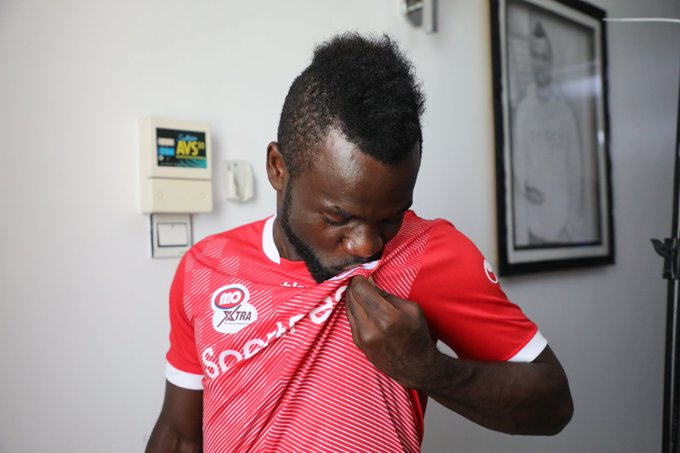 Simba SC aimed a sly dig at their rivals Young Africans (Yanga SC) after they won a case to have Ghanaian midfielder Bernard Morrison feature for them next season.

Morrison joined the club on a two-year deal in a controversial manner with Yanga SC arguing that the 27-year-old was still contracted to them until 2022 and went ahead to lodge a complaint with Tanzania Football Federation (TFF).

But on Wednesday, TFF ruled in the Ghanaian midfielder and Simba’s favour meaning he can now play for the Mainland Premier League champions for the next two seasons.

“When you reach a safe place,” Simba wrote with a picture of Morrison kissing the club badge. “The section that is your status,” the statement added.

“The part that you'll find happiness. The part where cups are not something to ask, there is the part you love and ready to serve with all your heart. Is this wrong?”

Morrison becomes Simba SC's first signing as they beef up their squad ahead of next season Vodacom Mainland Premier League as well as Africa Champions League.