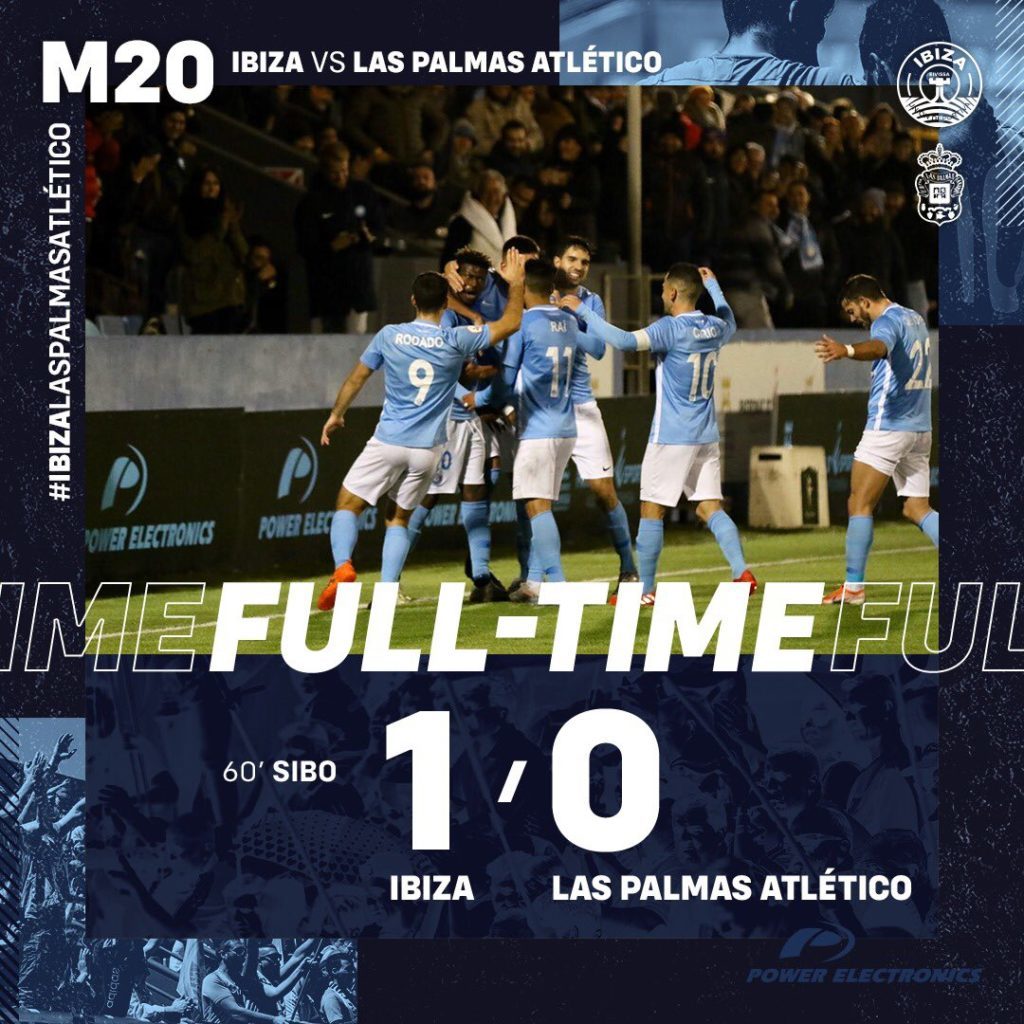 Ghanaian international Simon Kwasi Sibo was on target on Wednesday evening to hand UD Ibiza a 1-0 win over Las Palmas Atlético in the Spanish Segunda B League.

The lower division sides were in action yesterday in a Match Week 20 fixture of the ongoing 2019/2020 campaign.

Nicknamed the Sea Blue, UD Ibiza went into the fixture on the back of a run of seven games without a loss. They managed to make it 8 games after seeing off the challenge of Las Palmas.

It was all thanks to Simon Kwasi Sibo’s strike on the hour mark following a goalless draw game at the end of the first half.

The narrow win has lifted UD Ibiza to 3rd place on the standings on the division with a total of 40 points.

The Watford loanee has been impressive since moving to Spain and hopes to continue his fine form for the rest of the Spanish Segunda campaign.