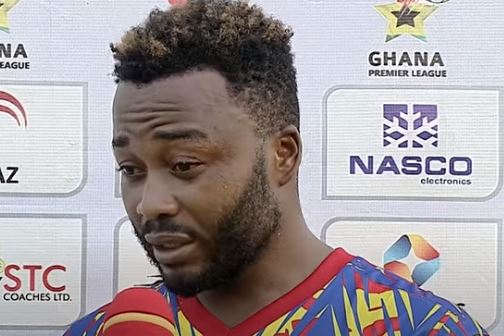 Gladson Awako admitted that the players made mistakes in their 2-1 victory against Bibiani Gold Stars.

Speaking in a pre-match interview ahead of their game against Karela United Awako said:

"So far so good because we have a new coach in which we need to adapt to how he want the team to play. He is yet to spend two months here or a month some weeks we were able to get to some stage which I know there is a lot of work to be done," he said

"It is not easy our game with Bibiani there are one or two lapses which we the players we know that yes we need to do more. He keep telling us we shouldn't worry but we will get there but we should keep believing in ourselves,"

"For me as a player we know we haven't gotten to our level yet there is more room for improvement as time goes on we are going to get there. And people will see the Accra Hearts of Oak we all know we will see a better side this time,"