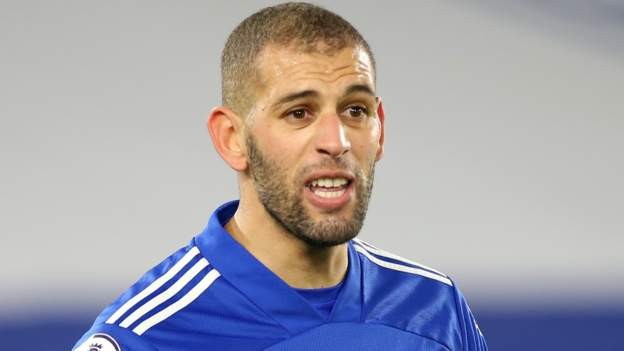 Striker Islam Slimani's four-year stint at Leicester is over after the former club record signing agreed a free transfer to French side Lyon.

Slimani scored 13 goals in 47 games for Leicester and spent time on loan with Newcastle, Fenerbahce and Monaco.

He will fill the gap left by former Celtic striker Moussa Dembele, who is heading to Atletico Madrid from Lyon.

Dembele, 24, is joining Atletico on loan until the end of the season with the Spanish club having an option to make the move permanent for £29.8m.