The Ghana Football Association [GFA] has announced the fixtures for the three-way playoff between Ebusua Dwarfs, Liberty Professionals, and Tamale City for a slot in the Ghana Premier League for next season.

The three teams failed to get automatic qualification to Ghana’s top-flight competition after placing second in their respective zones.

The teams will battle to replace AshantiGold SC who have been demoted to Division Two for match-fixing.

The Miners were demoted to Ghana’s Division Two League after they were found guilty of match manipulation in their Ghana Premier League game at the end of the 2020/2021 season when they beat Inter Allies by 7-0.

The first game of the play-off will see Ebusua Dwarfs take on Liberty Professionals on August 4 before Liberty face Tamale City two days later on August 6.

The last game will be played on August 8 between Ebusua Dwarfs and Tamale City.

All three games will be played at the Accra Sports Stadium.

Find the full fixtures below: 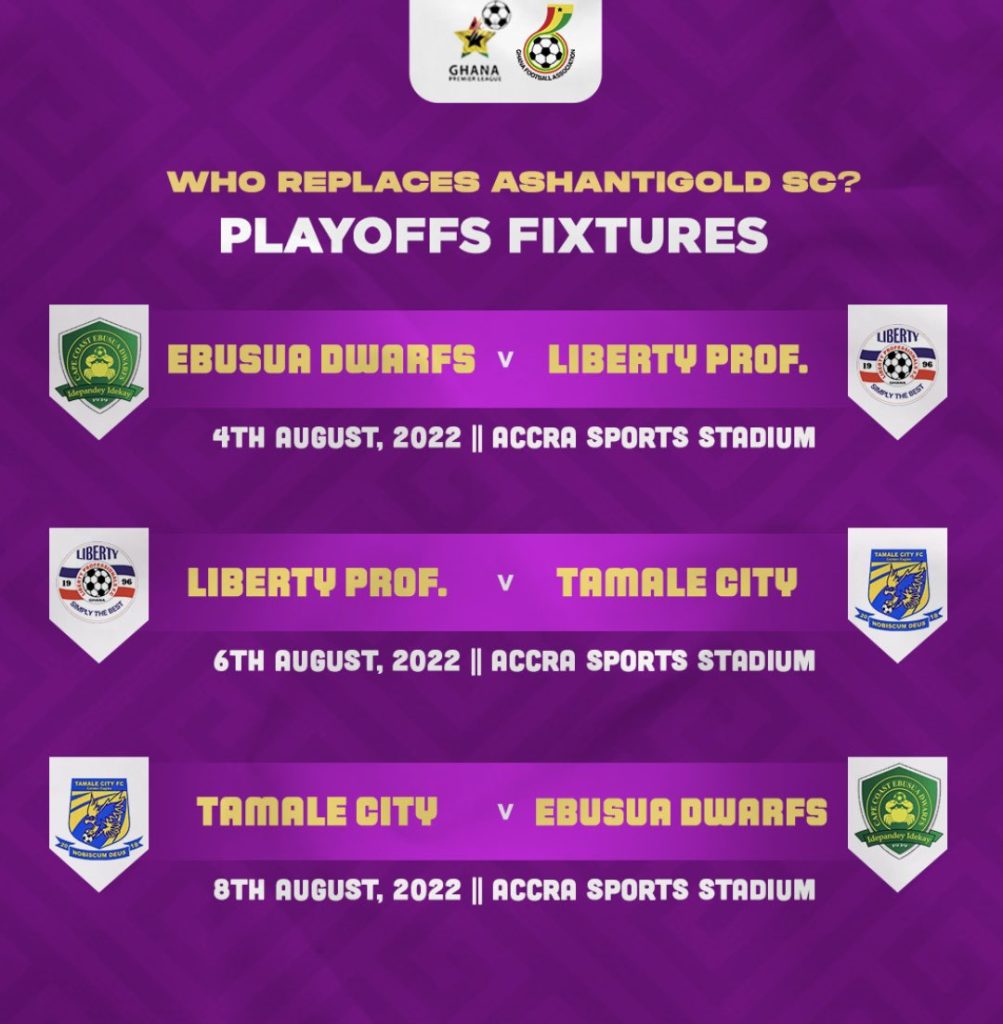