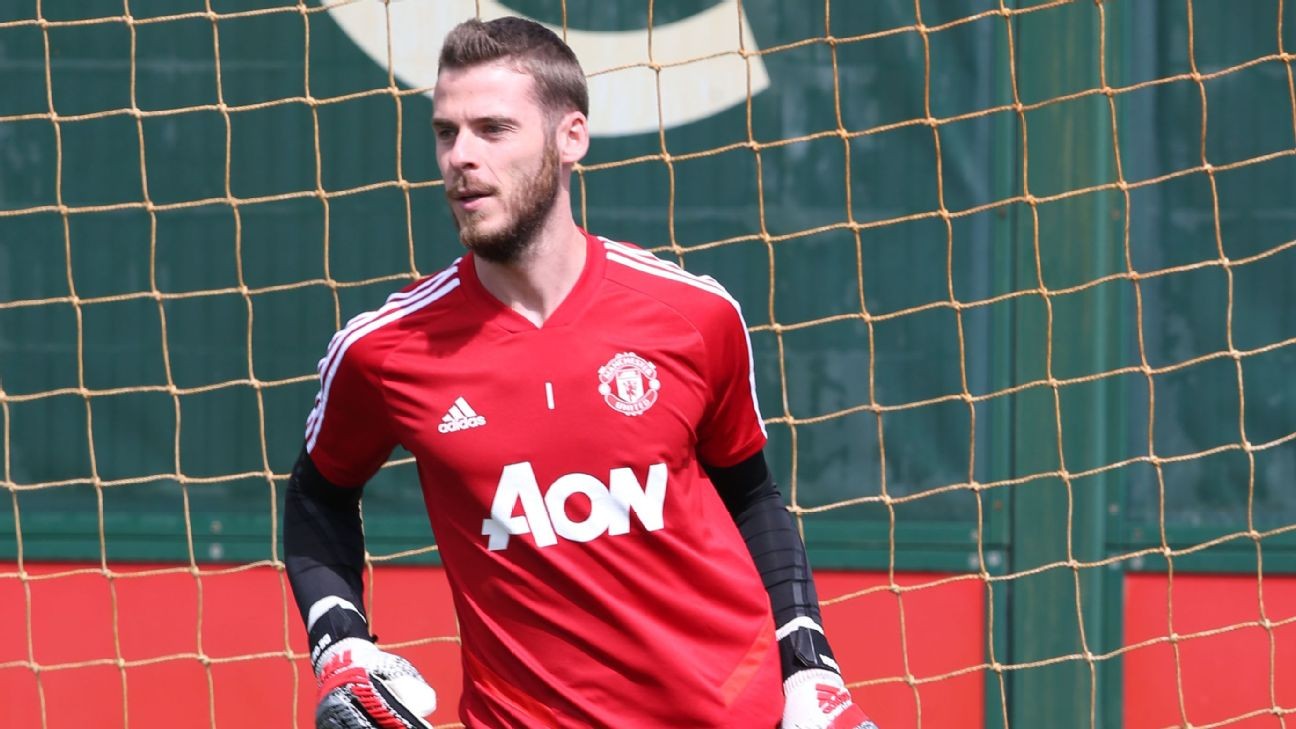 Shaka Hislop says Manchester United's David de Gea needs to "check back in emotionally" to reclaim the form that led to his rise to stardom.

With David De Gea reportedly close to a new Manchester United deal, the FC crew discuss his merits for a big contract and a shot at the captaincy.

Ole Gunnar Solskjaer said he is still confident David De Gea will stay at Manchester United by insisting that the club has a track record of holding onto the players it wants to keep.

United goalkeeper De Gea is in the final year of his Old Trafford deal and can leave as a free agent next summer if he continues to stall on signing a new long-term deal.

Italian champions Juventus are long-term admirers of De Gea, with the Turin outfit also having a track record in recent years for signing top-class players at the end of their contracts.

But despite the uncertainty surrounding the 28-year-old's future, Solskjaer believes De Gea can be persuaded to commit to a new deal at United.

"We are always aware of what's happening around in the world [with other goalkeepers], but my focus, and the club's focus, is to convince David to stay," Solskjaer said. "He can see what we're doing, and knows what we're doing.

"We want players here, the best ones, and the ones we want, most of the time they stay. There are not many who we want to keep that we don't manage to keep.

"I think you'd need to ask David and the club [why he hasn't signed]. I've obviously not been involved in all the discussions, but I'm very -- or pretty -- confident we'll get this sorted.

"David's never, ever said anything else to me, other than that he loves this club, he wants to stay here and he's had a fantastic time. So let's hope we just get it over the line."

De Gea has been criticised for making a series of uncharacteristic mistakes for United in recent months and the Spaniard has started this season in unconvincing form.

But Solskjaer claims that De Gea's mistakes are being highlighted simply because of the spotlight that comes with playing for United.

"Well, I think he's had a fantastic time here, but yeah, of course, whenever he concedes a goal, it's headlines, that he should have saved," Solskjaer said.

"Whenever we lose a game -- we've lost one game since July 1 and it sounds like we're really struggling -- but that's just the way it is at Man United and you have to handle it. You have to be resilient, you've got to have robust confidence, and he's fine. I don't worry about him at all.

"I have two very good backup keepers with Sergio [Romero] and Lee [Grant]. Dean [Henderson] is playing [on loan] at Sheffield United, so the goalkeeping department is in good health."

Manchester United host Leicester City on Saturday, with the Foxes in third place in the table and Solskjaer's side sitting in eighth place.