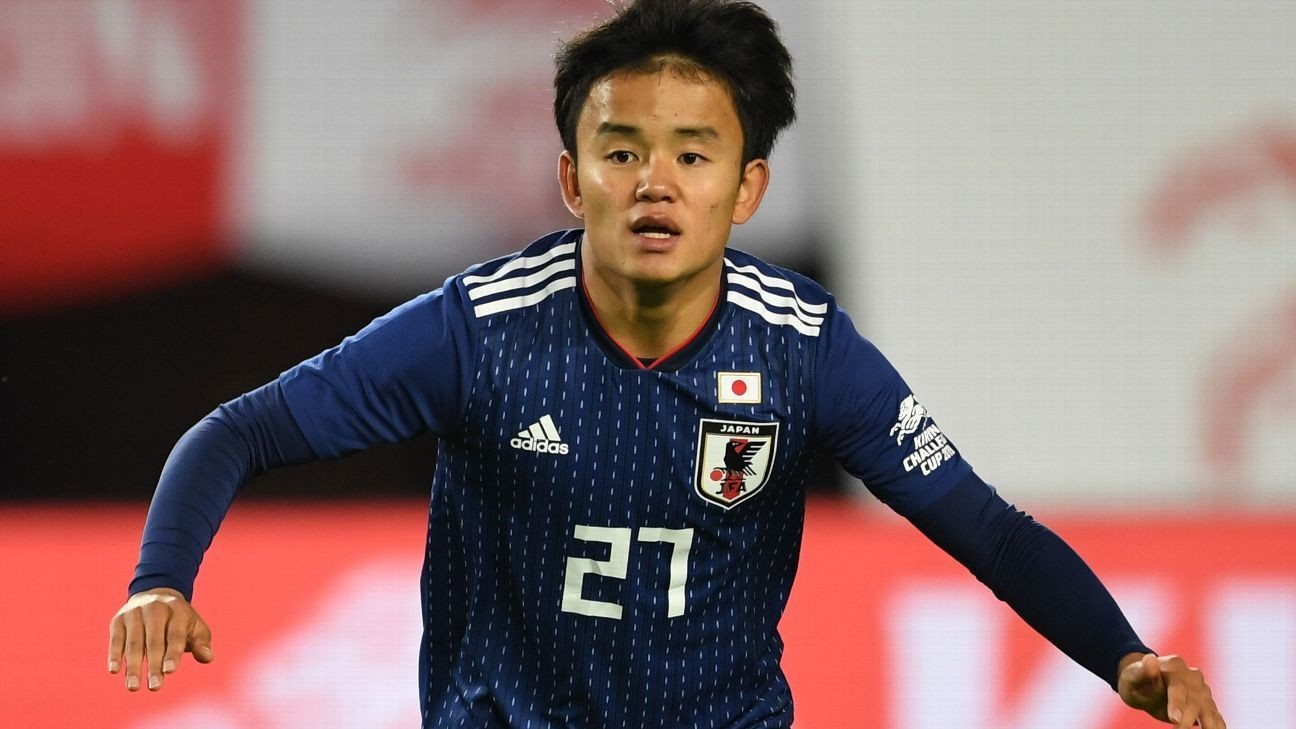 Takefusa Kubo is close to joining Villarreal on a season-long loan from Real Madrid with an announcement expected soon, sources have confirmed to ESPN.

The Japanese winger, 19, has already reached an agreement with Villarreal on personal terms and the clubs are now finalising the details of the loan deal for a fee of between €2-3 million.

The signing is a direct request of new Villarreal coach Unai Emery, who has been following the youngster's development closely.

Various outlets in Spain had reported the link between Kubo and Villarreal over the past week.

There has been huge demand for the forward this summer from a number of clubs in La Liga and beyond with ESPN previously reporting the interest of Sevilla and Real Sociedad, while Osasuna, Celta Vigo and Granada were also keen.

Villarreal's bid was a leading contender from the beginning, with Real Madrid's preference being for Kubo to take a step up to a superior team offering Europa League football, albeit one in which he will be expected to start on a regular basis.

Real Madrid signed Kubo, who spent four years with Barcelona's academy from 2011 to 2015, from FC Tokyo last summer on a five-year contract.

He was initially expected to play for their Castilla youth team, before faster-than-expected progress led the club to loan him first to Mallorca and now Villarreal, ahead of potentially occupying one of the Real Madrid first team's non-European player spots in 2021-22.