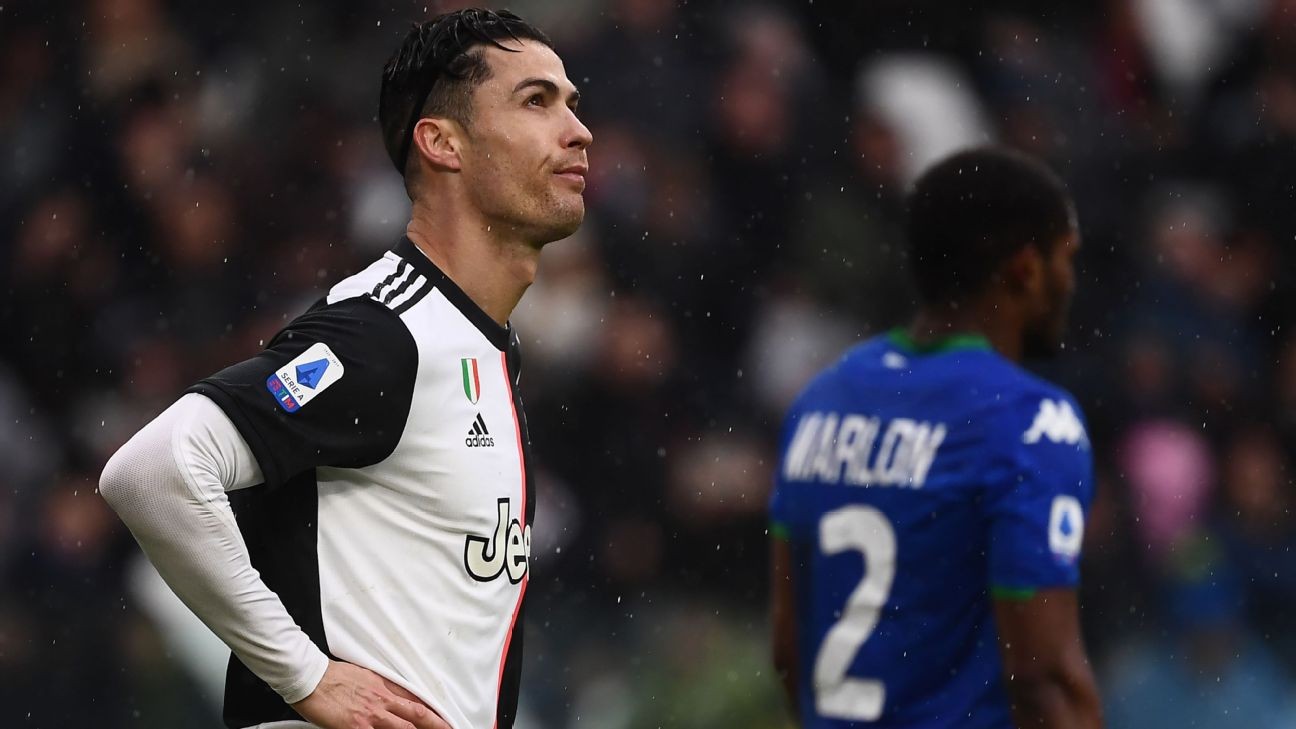 UEFA changed their Team of the Year formation so that Cristiano Ronaldo could be included, sources have told ESPN.

European football's governing body announced the XI -- which is based on fan votes -- on Wednesday.

The team was arranged in an unusual 4-2-4 formation, and sources told ESPN that was due to a desire by UEFA chiefs to ensure Juventus' Ronaldo appeared, despite the 34-year-old receiving fewer votes than fellow forwards Lionel Messi, Sadio Mane and Robert Lewandowski.

Ronaldo's inclusion and the formation change came at the expense of Chelsea midfielder N'Golo Kante, according to ESPN sources.

Alisson got the nod in goal, meaning Liverpool had five players in the team -- more than any other club.