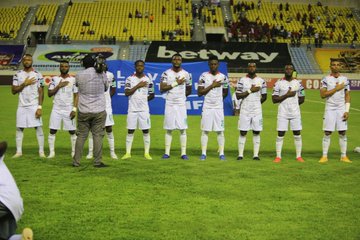 Hugo Broos, the coach of South Africa, would be pleased to face a weakened Black Stars squad in the 2022 World Cup qualifiers.

Ghana will be missing several important players for the 2022 World Cup qualifier against South Africa on September 6.

Due to COVID-19 quarantine regulations, Black Stars players residing in the United Kingdom and Germany will be unable to travel to South Africa for the game.

If players travel to South Africa for the second game in Group G of the World Cup qualifiers, they will be quarantined for up to ten days upon their return to their respective clubs.

Some European nations released players for World Cup qualifiers on the condition that they not travel to South Africa, which is on the UK and Germany's coronavirus red list.

As a result, Ghana coach CK Akonnor would be missing five of his starting 11 against Ethiopia for the South Africa encounter on Monday, September 6.

The coach of the Black Stars will have to rely on some local players who have been invited to the team.