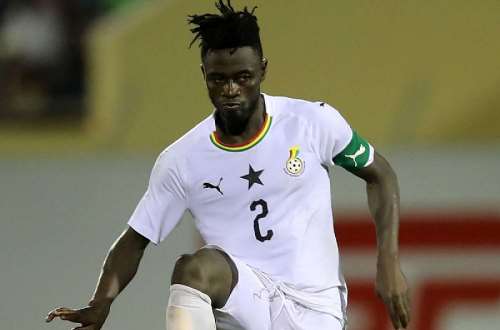 The Bafana Bafana will host the Black Stars in matchday 2 of the qualifiers at the FnB stadium later today.

Ahead of the game, Akonnor has announced his starting line-up which included the Hearts of Oak right-back.

He comes in as a replacement for Reading FC defender Andy Yiadom who could not travel with the team to South Africa over fear of Covid-19 by his club.

Below is Ghana starting 11: