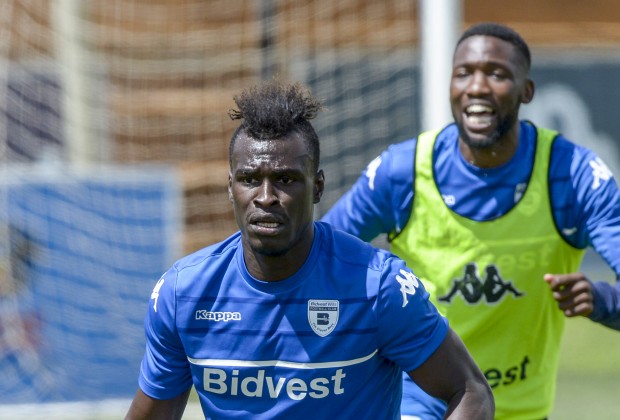 South African top-flight side Black Leopards will be handing trials to Ghanaian midfielder Edwin Gyimah during this period of the international break with the possibility of offering him a contract.

The formal Orlando Pirates man is currently a free agent after partying ways with Bidvest Wits at the end of last season.

He is now expected to have trials with Leopards where he will be assessed and signed later if he manages to convince the technical handlers that he still has the quality to play at that level.

According to reports, the Ghanaian will be joined by former Polokwane City and Free State Stars defender Tshepo Tema at Limpopo for the trials.

“Black Leopards are going to use the FIFA week to assess some new players. Tshepo Tema started training with the club today”.

“The club has also invited Gyimah for an assessment and he is expected in Limpopo before the end of this week”, a quote on KickOff.com said.

The trials will be overseen by Black Leopards new manager Luc Eymael. He lost his first match in charge against Mamelodi Sundowns and is looking to reinforce before the international break is over.