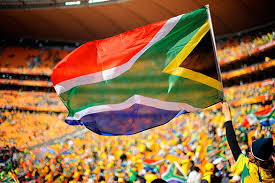 South African football will return to action behind closed doors with the Premier Soccer League (PSL) and the Nedbank Cup, officials have announced.

South African football came to a grinding standstill in March due to the coronavirus outbreak, but is set to resume in August in a bio-secure bubble at venues in both Johannesburg and Pretoria. Gauteng is the epicenter of the pandemic in South Africa.

The season will get kick off again with the semi-finals of the domestic FA Cup on August 8 before the PSL resumes three days. All 54 remaining matches will be played behind doors.

Mamelodi Sundowns and Bidvest Wits have nine league fixtures each to play – the most among the 16 clubs – and are still involved in the cup semi-finals which means that the winner of their respective semi-final will have to play 11 matches in 29 days.

Kaizer Chiefs, winners of a record 53 domestic competitions but seeking a first trophy in five seasons, are the league leaders with a four-point advantage over Mamelodi Sundowns. But 2016 African champions Sundowns have one match in hand as they seek a third consecutive title and a record-extending 10th overall.

South Africa has the fifth highest number of Covid-19 cases in the world with 452,529 but a relatively low death toll of 7,067. Football in Africa is gradually resuming. Morocco’s domestic topflight restarted on Monday and the Egyptian league is set for an August 6 restart.