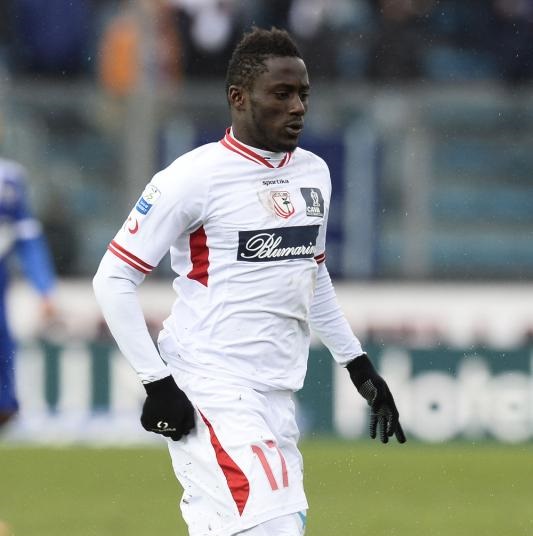 FC Anyang's Ghanaian striker Boadu Maxwell Acosty says he can't the score between South Korea and Ghana when the two countries meet at the 2022 World Cup in Qatar.

FC Anyang won 1-0 with Jonathan's goal in the 23rd minute of the second half in the home match against Hana One Q K League 2 2022 Seoul E-Land at Anyang Sports Complex.

“Seoul E-Land is a tough team, but it feels so good to win. We are a team that works hard both on offense and defense. "It's important to get three points, but I don't think the fact that I helped the goal is very important."

"Before the match, I was asked to run towards the space and pass toward that space. In addition, Acosti said with a bright expression, "My son Sebastian always tells me, 'Dad can do better.'

Acosty lives with his wife and two sons in Pangyo, Gyeonggi Province. He is living in Pangyo because of his children's foreign school problems.

Acosty said, "Today, my wife and my second son, Oliver, who has just turned one, also came to the stadium, and they are waiting for Sebastian out of the car because of mosquitoes. There are many beautiful places in Korea, so traveling is our happiness. He traveled to Seoul and was invited to Busan, the hometown of Baek Dong-gyu. Sebastian is also very happy to see his friends at school. Today, I plan to put the children to sleep and eat delicious food with my wife.”

Sebastian, Acosty's son, is also learning how to play football in Pangyo, Gyeonggi-do.

“My son is good at soccer,” Acosty said. “He is a right wing forward like me. My son likes players like Kim Kyung-joong and Baek Seong-dong on our team,” he said. Acosty, who moved to FC Anyang in 2020, has been living as a father, and since that summer he took his family to Korea and lives with him. Acosty, who was born in Ghana, later moved to Italy as a student to learn soccer, and now has dual citizenship in Ghana and Italy.