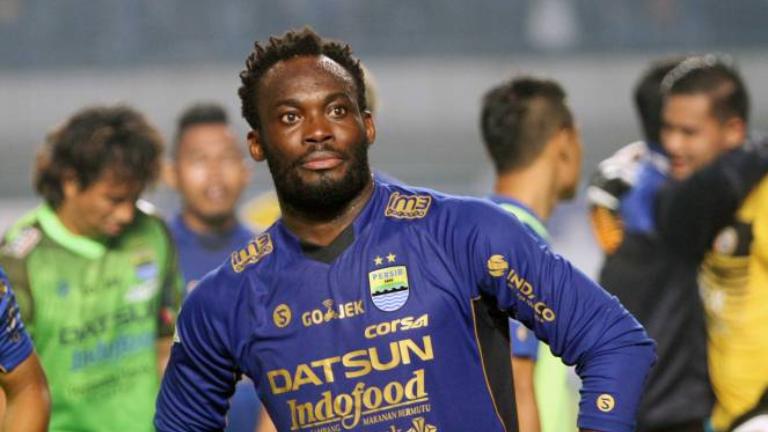 Ex-Chelsea midfielder Michael Essien is reportedly in talks with several clubs in the South Korean League.

According to reports, clubs in the K league are interested in working with the former Ghana international who is currently with Indonesian side Persib Bandung.

Essien played for Bandung in the inaugural match of the 2018 President Cup against Sriwijaya FC on Tuesday at the Gelora Bandung Stadium of Fire.

In a match that was won by Persib with the score 1-0, Essien did not end the game as he was substituted for Hariono in the second half.

After the match of one of South Korea transfer account  @KORFootballNews said that one of the Ginseng country club is interested in Essien services.

Last season Essien managed to become an important member of Bandung after scoring crucial goals of the side.