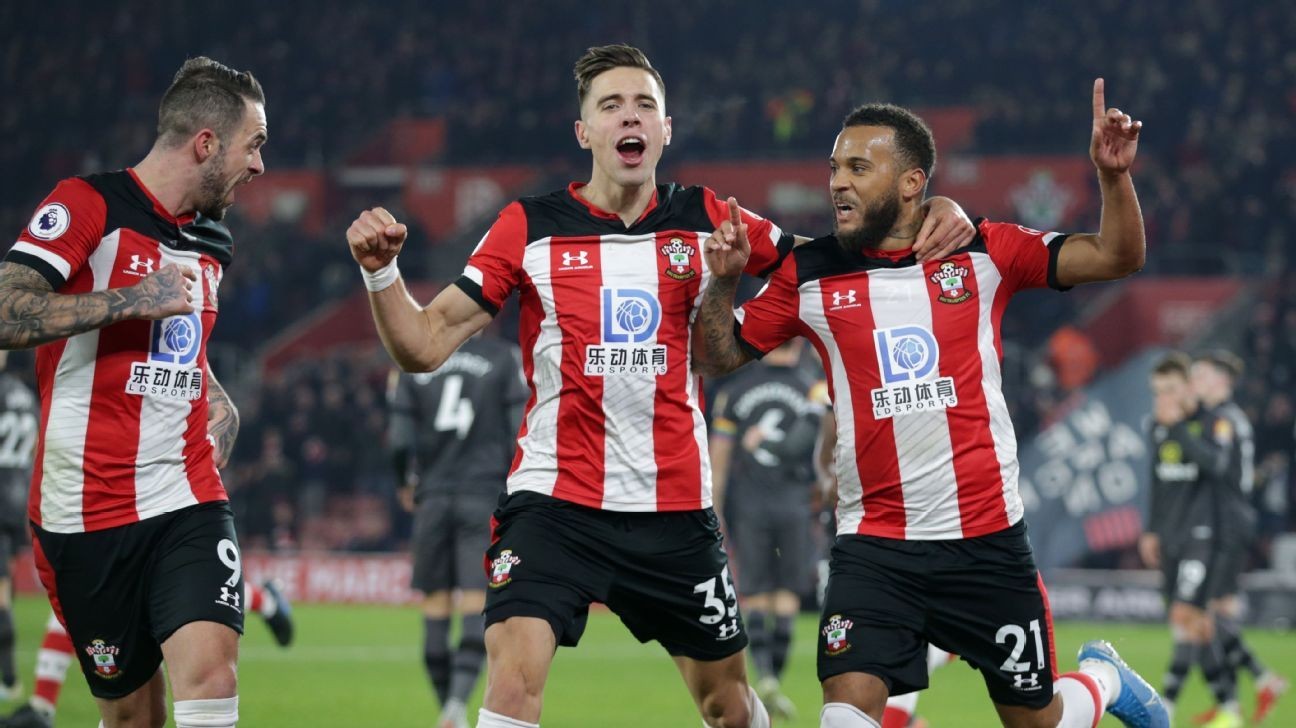 Southampton boosted their hopes of staying in the Premier League after a fine first-half performance garnished by goals from Danny Ings and Ryan Bertrand helped them to a nervy 2-1 home win over struggling Norwich on Wednesday.

The Saints dominated the opening exchanges of the relegation dogfight and Ings fired them ahead in the 22nd minute when he headed home a James Ward-Prowse free kick.

Moussa Djenepo drove a shot over the bar for the home side before left-back Bertrand made it 2-0 in the 43rd minute, capitalising on another fine set piece by Ward-Prowse as he slotted in the midfielder's corner at the far post.

Southampton almost netted the third on the stroke of half-time when Norwich keeper Tim Krul only just managed to tip Pierre Hojberg's deflected shot over the bar.

The tide turned after the break as Teemu Pukki's fierce shot was parried by Alex McCarthy and the Finland striker pulled one back for Norwich in the 65th minute when he beat the Saints keeper with a clinical finish from inside the penalty area.

Norwich launched a fierce onslaught in the closing stages and substitute Emiliano Buendia missed a gilt-edged chance to salvage a point for the visitors when he headed wide of the far post in stoppage time.