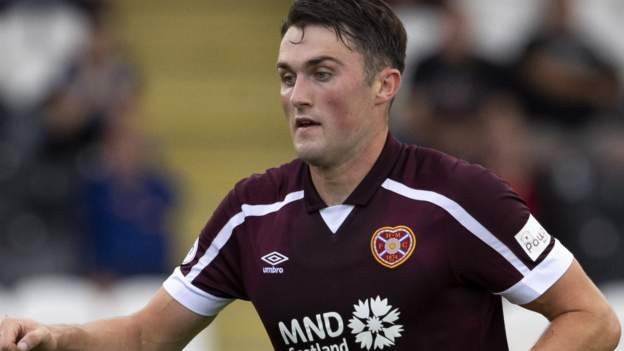 The 25-year-old passed a medical and completed terms with the Ibrox club on Friday.

Rangers are now expected to follow that with a bid to take the Scotland centre-back in January.

Souttar had been offered fresh terms at Tynecastle, but instead his six-year stay at Hearts will end, at the latest, in the summer.

In a statement, Hearts said: "The club reiterates that John is an important member of the first-team squad and will remain so until the end of the season unless a significant and satisfactory offer is made during the January transfer window."

Souttar had also been in talks with English Championship sides Blackburn Rovers and Sheffield United.

He has played 22 times this season on Hearts' return to the Premiership as he revives his career after three separate Achilles injuries.

The former Dundee United defender earned a Scotland recall in November, marking his first international appearance in three years with the opening goal in the 2-0 World Cup qualifying victory over Denmark.

Hearts manager Robbie Neilson has previously said only a "huge bid" would tempt the club into selling Souttar in the January transfer window.