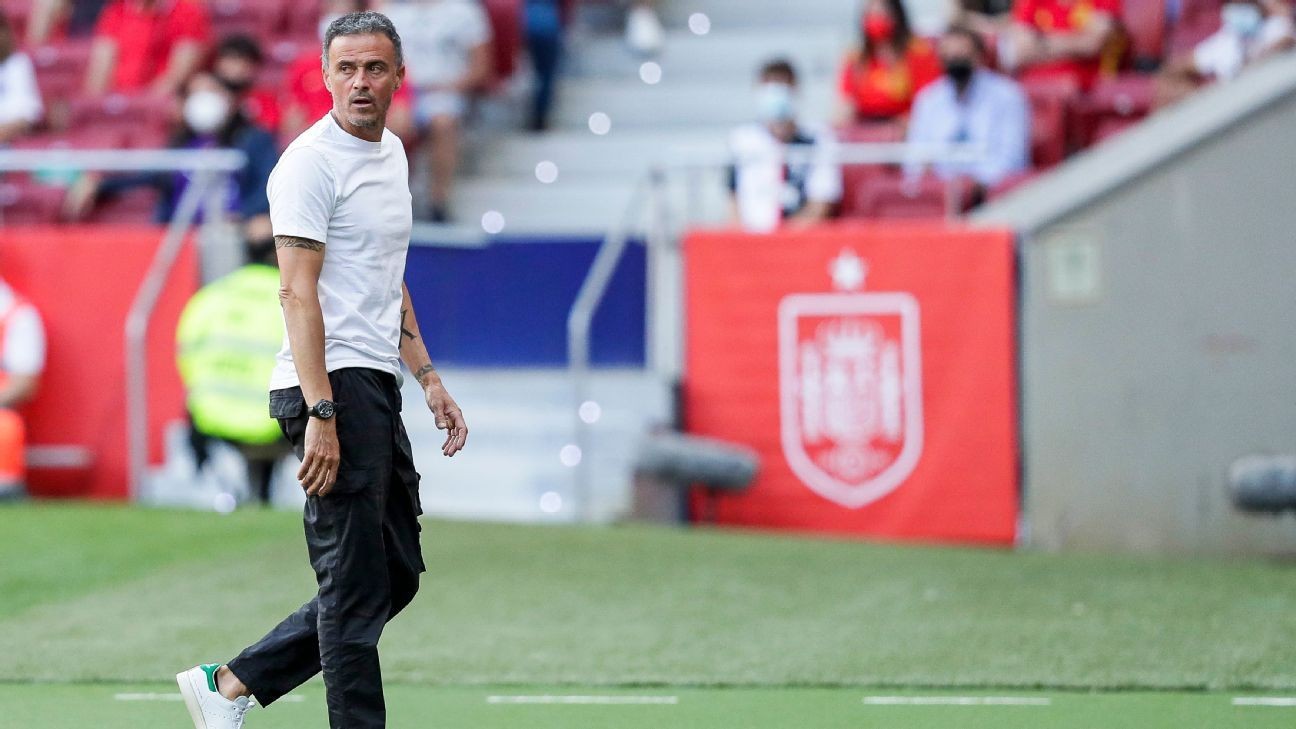 Spain's players and coaches were given COVID-19 vaccinations on Friday morning, three days before their Euro 2020 Group E opener against Sweden in Seville.

The army arrived at the national team's headquarters in Las Rozas, Madrid, to administer different vaccines "depending on the situation of each member."

The Spanish Football Association (RFEF) opted for those members that have not had COVID-19 to be given the single dose of the vaccine to avoid needing a second jab during the competition.

"I don't want any adverse effects of the vaccine to affect the players during the tournament," Spain coach Luis Enrique said earlier this week.

"We would have liked to have been vaccinated at the right time, which was after the squad list was announced [on June 1]."

Team captain Sergio Busquets' positive test on June 6, followed days later by that of Leeds defender Diego Llorente, disrupted the team's preparations and brought a sense of urgency to have the players vaccinated ahead of Euro 2020.

Llorente has since had three PCR negative tests and needs one more negative result to re-join the national team on Friday.

The RFEF said in a statement it was "grateful and thankful" to the Spanish authorities for "their sensibility" when giving the approval.

The vaccination of the players has been a source of controversy for weeks.

Only 25% of Spain's population has been fully vaccinated, with no date scheduled for when those under 40 will be vaccinated.

The Spanish government ultimately authorised priority vaccinations for the footballers on Thursday.

Some local politicians have said it is "deplorable" that Luis Enrique's team is getting preferential treatment over essential service workers, such as shop attendants, delivery drivers, with one politician stating "those that were at the forefront of the pandemic have been relegated by 11 men tapping a football."

Moreover, others are questioning if it's worth vaccinating the players three days before the start of the tournament, when the vaccine will only become effective two weeks after it is administered.

Liverpool midfielder Thiago, who tested positive for COVID-19 in September, said: "We are fortunate to have access to it. We have less risk in our profession, but we need to be thankful to those that have wanted to help us.

"The vaccine is a priority in the world. We are representing Spain, hopefully in different countries, [if they go beyond the group stages], and if we are vaccinated, all the better."

Spain's Olympic athletes have been receiving the vaccine since May 17.

Spain's Olympic Committee announced that 3,880 doses -- the amount used to vaccinate the Spanish Olympic and Paralympic athletes -- will be given to the Spanish government thanks to a donation by American company Pfizer.

Due to the pandemic, UEFA expanded squad limits from 23 to 26 players for Euro 2020, which is taking place a year later than scheduled.

Luis Enrique only selected 24 players, however, and has faced criticism because of it.

He has stood by the decision despite having to form a parallel training bubble with other players in case he had to make changes to the squad.